The circular route from Cadgwith to The Lizard (and back again) is a great way to explore this rugged coastline. Distance 7 miles 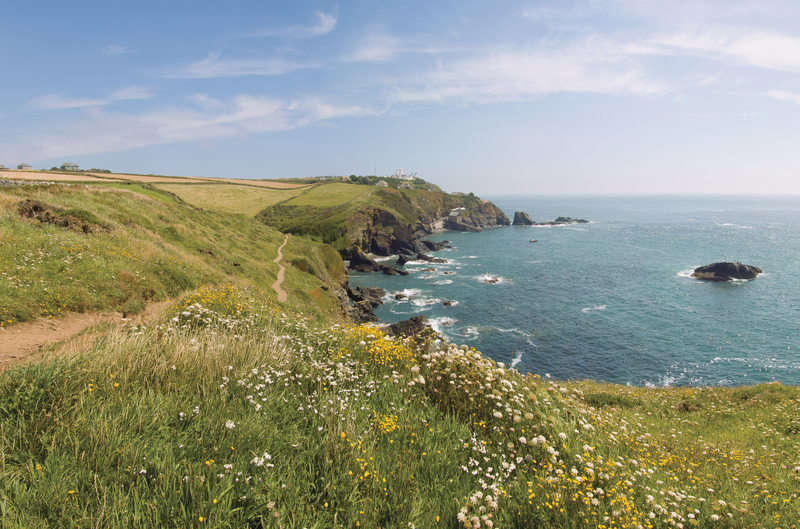 You can visit this great bit of coastline, alongside plenty more spectacular sights by going on the 7-mile circular walk from Cadgwith Cove to The Lizard. This is exactly what I did when I took my Cornish Ramblers out for a hike a few months ago, and they were not disappointed. 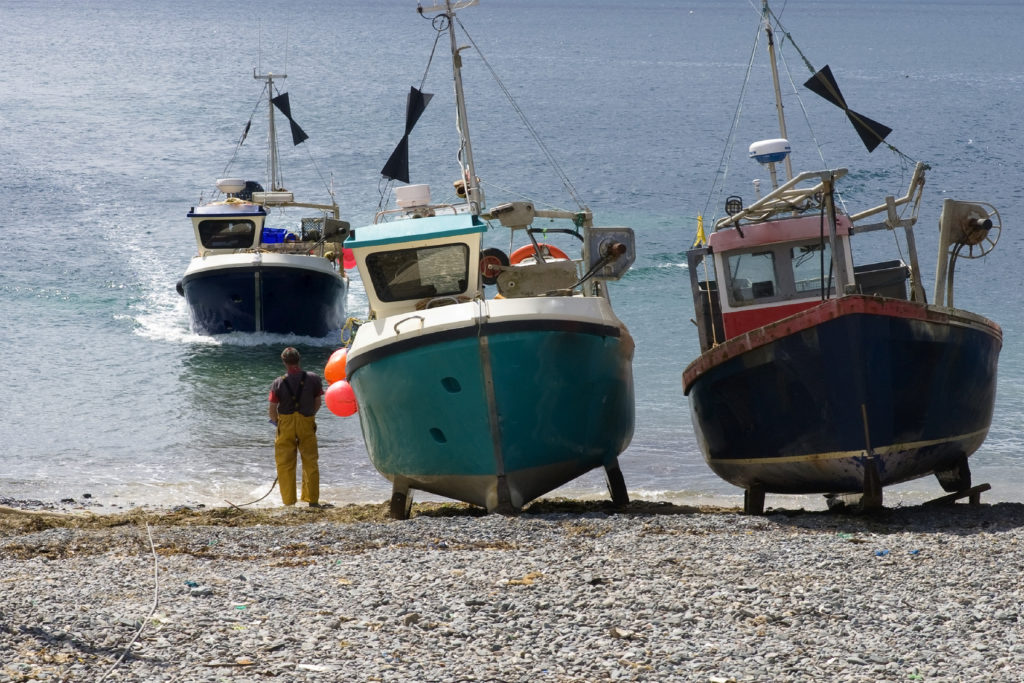 Cadgwith is a typically beautiful Cornish village and fishing port which you will find located between Coverack and the Lizard Peninsula. Cadgwith was originally called ‘Porthcaswydh’, becoming ‘Por Cadjwydh’ in Late Cornish, and comes from the Cornish word for ‘a thicket’, literally meaning battle of trees. This is thought to be because the valley was densely wooded. Fishing was the main occupation back in the 16th Century and Cadgwith owes its very existence to this trade, mainly pilchard fishing! However, due to the overfishing of pilchards, it had to be stopped and so today you will find brown edible crabs, spider crabs, lobsters, monkfish, and conger eels being regularly landed and sold in the local fishmongers. With its tight cluster of thatched cottages along the valley and beautiful shingle beach, it is a popular destination for tourists as well as us local Cornish folk. And should you need to begin or end your walk in the pub, make sure you head to The Cadgwith Cove Inn for a traditional Cornish experience. 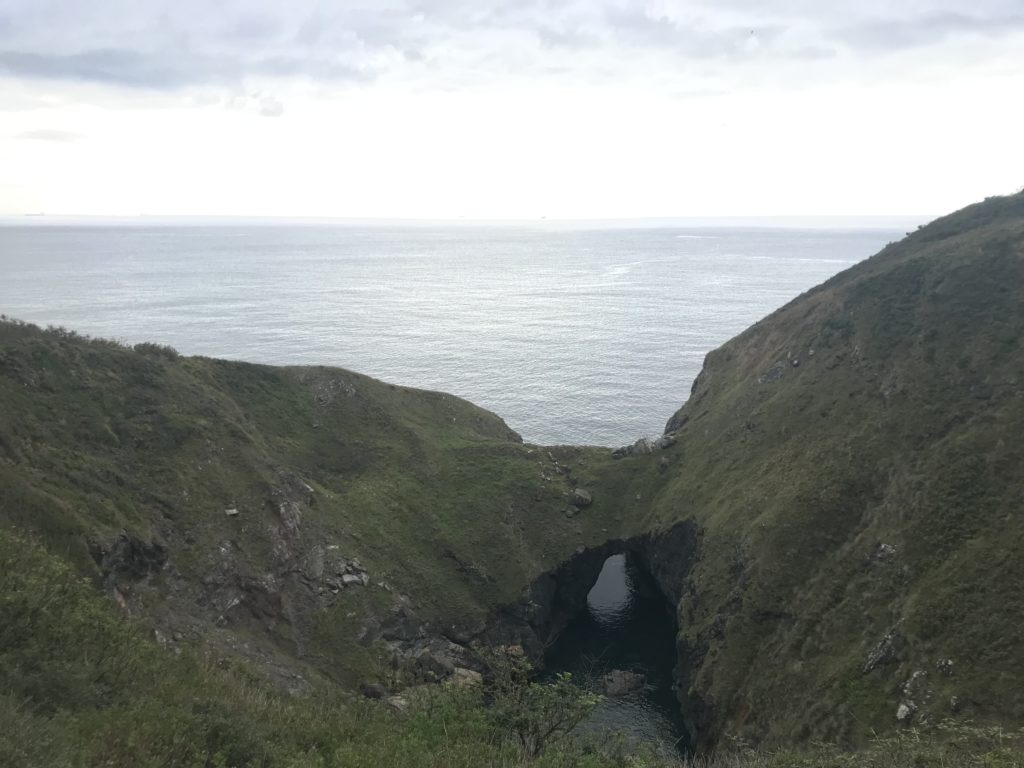 The first part of the walk takes you from the carpark and up along a stony track where you’ll reach the Devil’s Frying Pan (pictured above) – named because the water within the cave resembles an egg in a frying pan during rough weather…only in Cornwall folks! On this particular walk there were 10 Cornish Ramblers who were suited and booted up, with a keenness to see what the next 7-miles had in store. Any walk I organise down in South Cornwall is usually a popular one, especially when The Lizard is involved. This walk is graded moderate so expect a few ups and downs where the terrain is concerned.

The steep slope towards The Lizard Point suddenly opens up to a bustling tourist attraction where some people will be milling around the lighthouse and gift shop, whilst others try to get down to the point to spot the seals and dolphins. This is the most southerly point of the British mainland, so it protrudes far into The Channel and is surrounded by shallow reefs. A beautiful place for a pitstop if you’re in need of an ice cream, the facilities or a nice cup of tea. 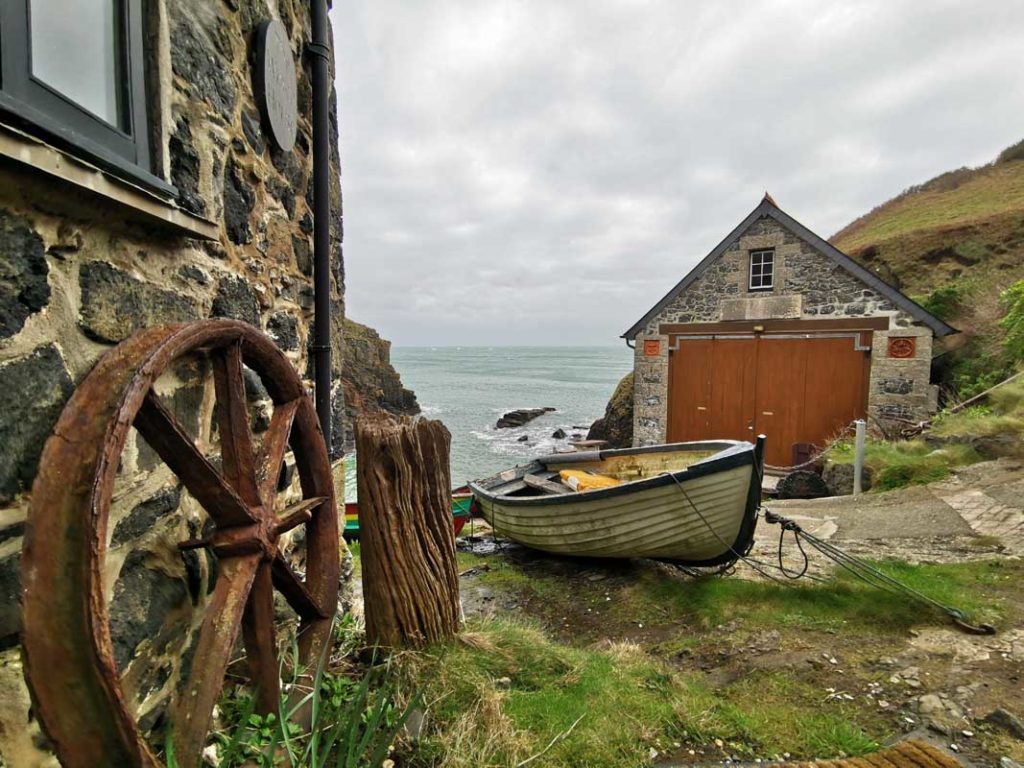 After a well-deserved break, you will make your way up around to the National Trust car park where you will move away from the coast and start your inland journey back to the start. Traipsing diagonally across a field you will eventually end up at Church Cove (pictured above) where you’ll walk through the churchyard of the darling St. Winwaloe. Once through the churchyard you will head through fields and across a stream where the notoriously slippery serpentine rocks could catch you out…be careful not to fall!

One of my favourite parts of this walk is this next section which took my ramblers and I up onto a hedge. Rather than navigating my walkers through fields of cows, which can sometimes cause a little ripple of fear throughout the group, I instead followed the route which cleverly took us up onto a little pathway on top of the hedge. Single file, we could let the cows enjoy their space whilst we could enjoy the walk without fear of being chased and eaten alive. Okay, a little dramatic I know, but you’ve all thought it I’m sure! 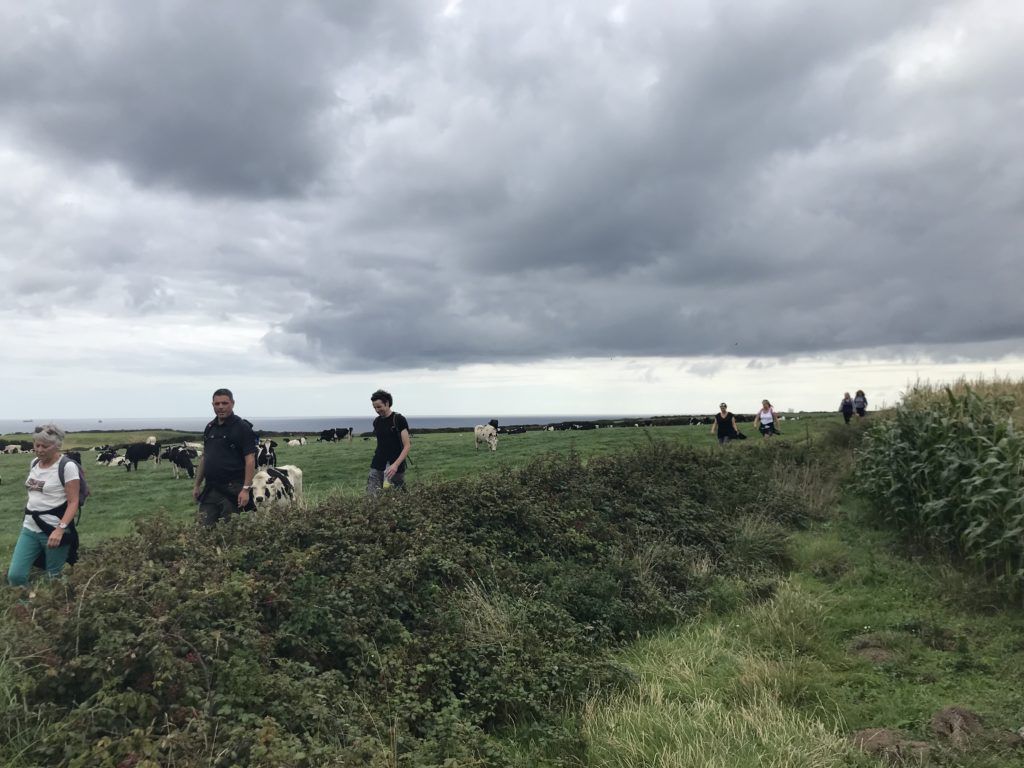 Single file, we made our way along the top of the hedge until eventually, we climbed down the stone stile and took the next pathway to another church, known as the Church of The Holy Cross. After nosing around a little while, we continued the last leg of our walk. A couple more fields, a couple more stone stiles, a Holy Well of St. Ruan and a footpath later and we were back at the car park. With flushed faces the chatter between the group didn’t stop until finally everyone said goodbye and drifted off in their own directions leaving just me, my partner Hannah and my little Cocker Spaniel left standing.

‘To walk in nature is to witness a thousand miracles.’ Mary Davis