Cornwall’s most famous smuggler, “The King of Prussia” 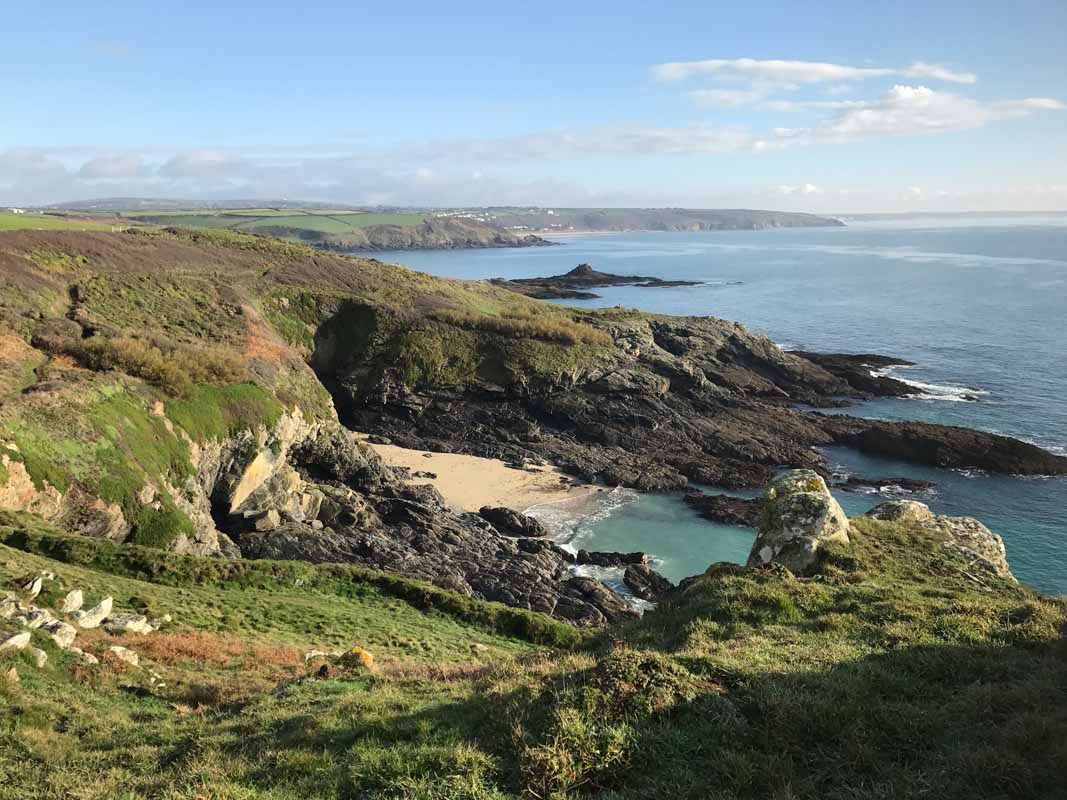 If you don’t know the John Carter story, he was one of Cornwall’s most prodigious smugglers in the late 1700’s. Together with his brother Harry he owned two fast sailing craft — a 19-gun cutter and a 20-gun lugger. This enabled a busy trade in wine, spirits and tobacco from across the channel in Brittany, at a time when official taxes were high due to the French wars.

The operations ran from the little coves and caves around Prussia Cove, like Piskey’s Cove (pictured above). John was clearly the leader and was nicknamed ‘The King of Prussia’, because he supposedly resembled Frederick the Great, the King of Prussia. He went on to develop various slipways, roadways and harbours in the area.

These were lawless times, and in Cornwall, far away from London, smuggling and privateering were not thought of as being immoral acts. Of course a similar story is played out in fiction in the BBC “Poldark” series, where, despite Ross being a respectable businessman, landowner and entrepreneur, he turns a blind eye to smuggling gangs using his cove as a landing place, in exchange for a quiet back-hander. The smuggling trade was huge in Cornwall at this time, the taxes on desirable items were at an all time high and although Cornwall wasn’t in the best location or the easiest place to land, the smuggling trade took off. Of course this shady way of making a living was against the law — it would seem the Carter brothers were ‘loveable rogues’ as stated in many accounts of the family. Their codes of conduct with regard to business were admired, and there are stories about the brothers going out of their way to help others. They were also stanch Methodists. Swearing was banned on board their boats, and Harry is said to have held quayside sermons for his smuggler crews.

This complicated and deceptive way of life was recorded as a memoir by Harry Carter later in his life as “The Autobiography of a Cornish Smuggler”. This is a rare insight as most smugglers would have been illiterate. Harry taught himself to read and write and even kept his own accounts, a risky business when the cost of getting caught could mean a lengthy jail sentence, but determined to be at the top of his game Harry wanted to out-smart his rivals.

Our own connection to The King of Prussia is that John Carter was also caretaker for John Stackhouse at nearby Acton Castle. There were said to be smuggler’s tunnels running from the castle to the coast — although these have never been found. Acton Castle commands a breath-taking elevated position overlooking Mount’s Bay. Our beautiful apartment “North Wing” is on the first floor.

If you like the sound of smuggling coves and beautiful sea-scapes, why not stay in North Wing apartment in Acton Castle?