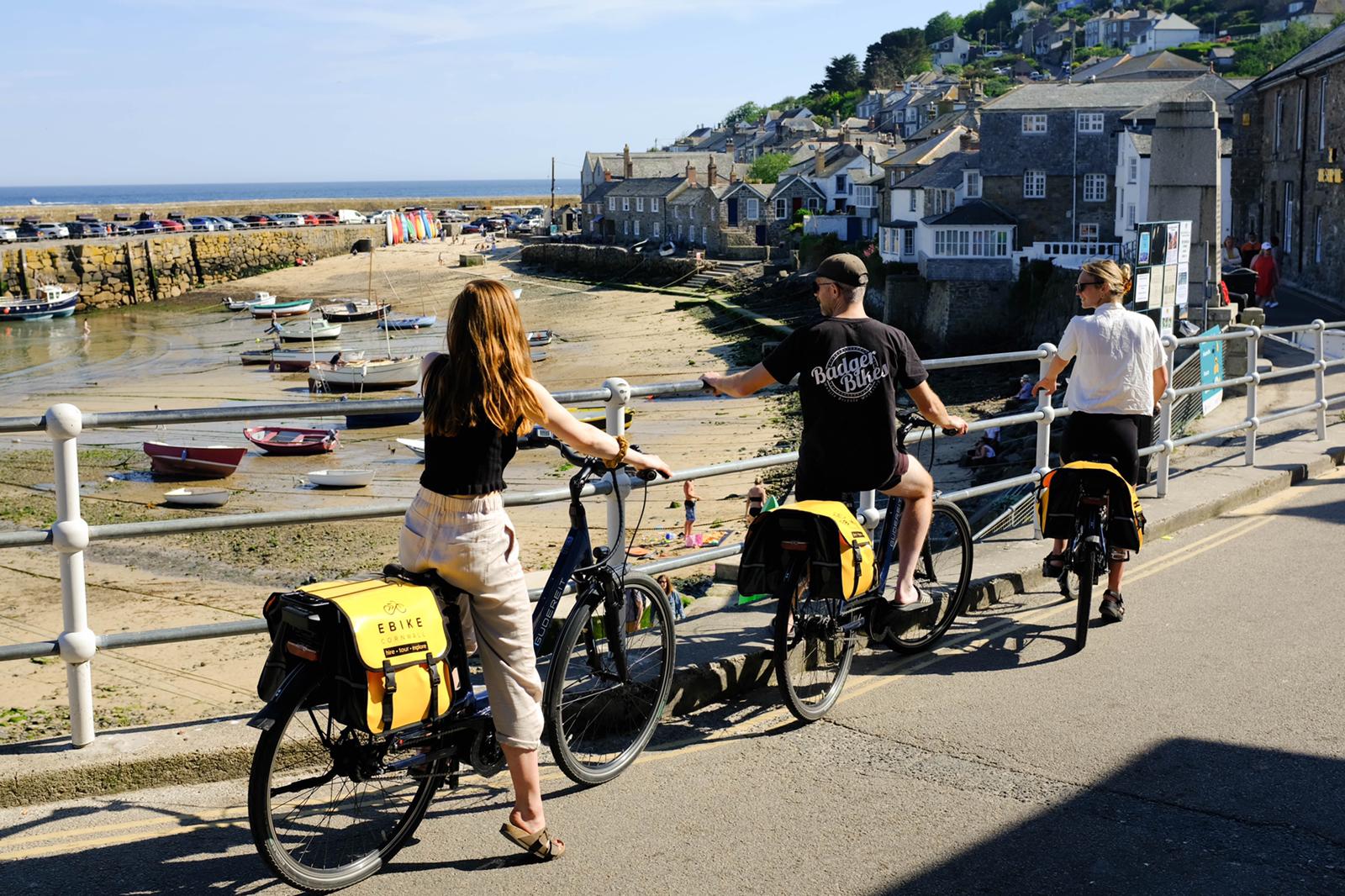 With such varied scenery in a relatively small area, the best way to explore Cornwall’s ancient trails and coastal landscapes is undoubtedly by bike: discover granite cliffs and huge beaches, windswept moors, rolling farmland, wooded creeks, and lush, narrow valleys studded with wildflowers and ferns. Here’s our round-up of some of our favourite routes around the Duchy, from gentle, family-friendly trails to demanding downhills for more adventurous riders. If you’re not able to bring your own wheels, we’ve given details of bike hire places nearby… Happy peddling!

This 12km trail is the ultimate singletrack trail in Cornwall – an exciting, challenging route which tackles the dense wooded slopes of the Cardinham Valley on Bodmin Moor. Featuring technical ascents and steep downhills, winding tracks and tight banked corners, as well as steps, rollers and tabletops, even the most competent bikers will find things to test them. There are two additional sections of demanding red trail, which loop off of the main Bodmin Beast trail for those looking for further two-wheeling adventure. Bikes are available to hire a mile from Cardinham Woods.

This network of routes around the post-industrialist landscape of mid-Cornwall’s China clay country is easily accessible and rarely busy, offering people the space and freedom to explore the county’s 300-year old mining heritage at their own pace. Don’t expect too many facilities — parts of the route are very remote – but this only adds to the region’s often surreal landscape of working mines, clay pits, turquoise dams and miniature mountains created from spoil heaps. The routes vary from easy, off-road circulars to steep ascents. Bikes are available to hire in Pentewan. 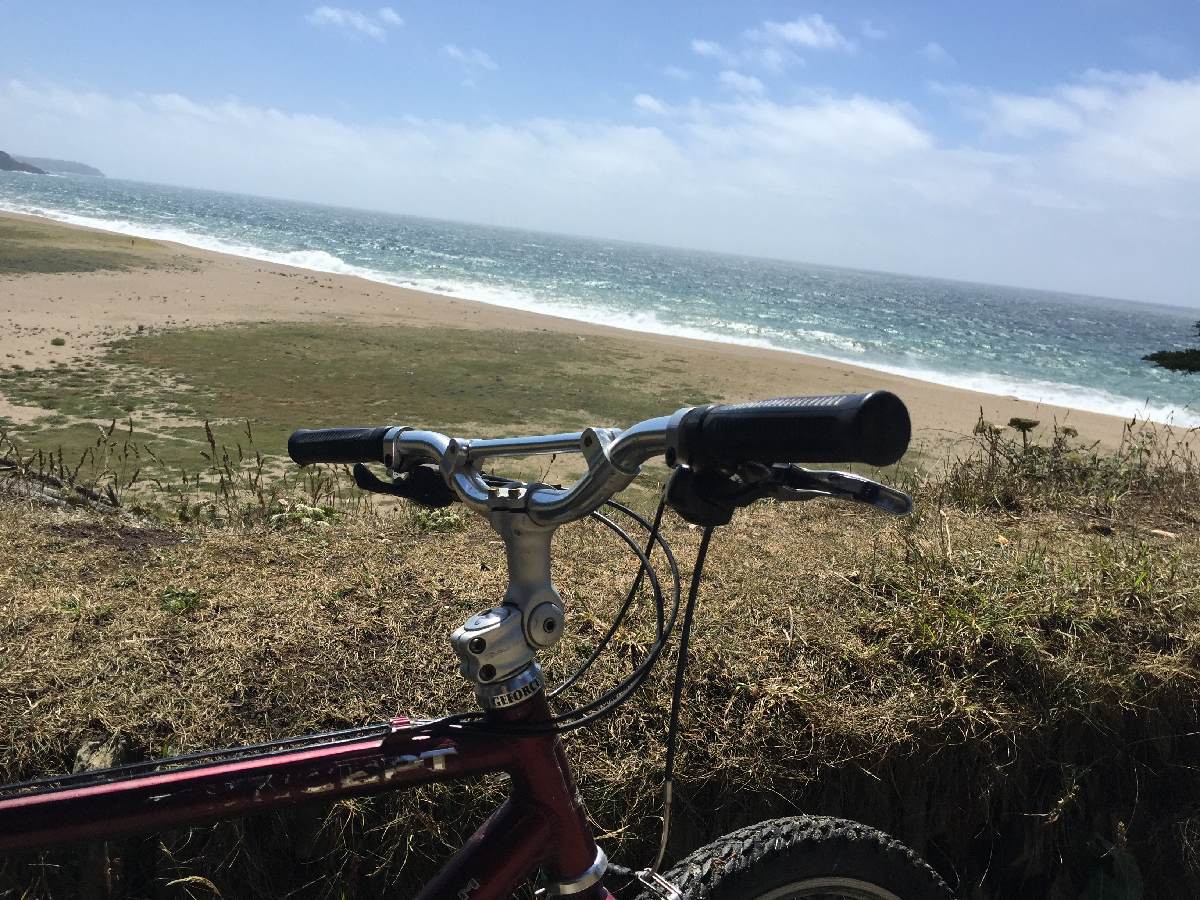 This gentle, largely traffic-free 11-mile coast to coast route links the pretty creekside village of Devoran and Portreath Beach on the north coast. Start the day at the friendly St Piran Cafe with one of their delicious breakfasts (bike hire is also available here) before heading off on the flat and mostly off-road path, which follows an old railway line (once used as a mineral tramway for the copper mines around Redruth). There are several cafes and pubs along the route, including the Fox and Hounds in Scorrier, and make sure you take your swimmers — a dip in the sea at the other end is a must — followed by a snack from the wonderful Portreath Bakery. 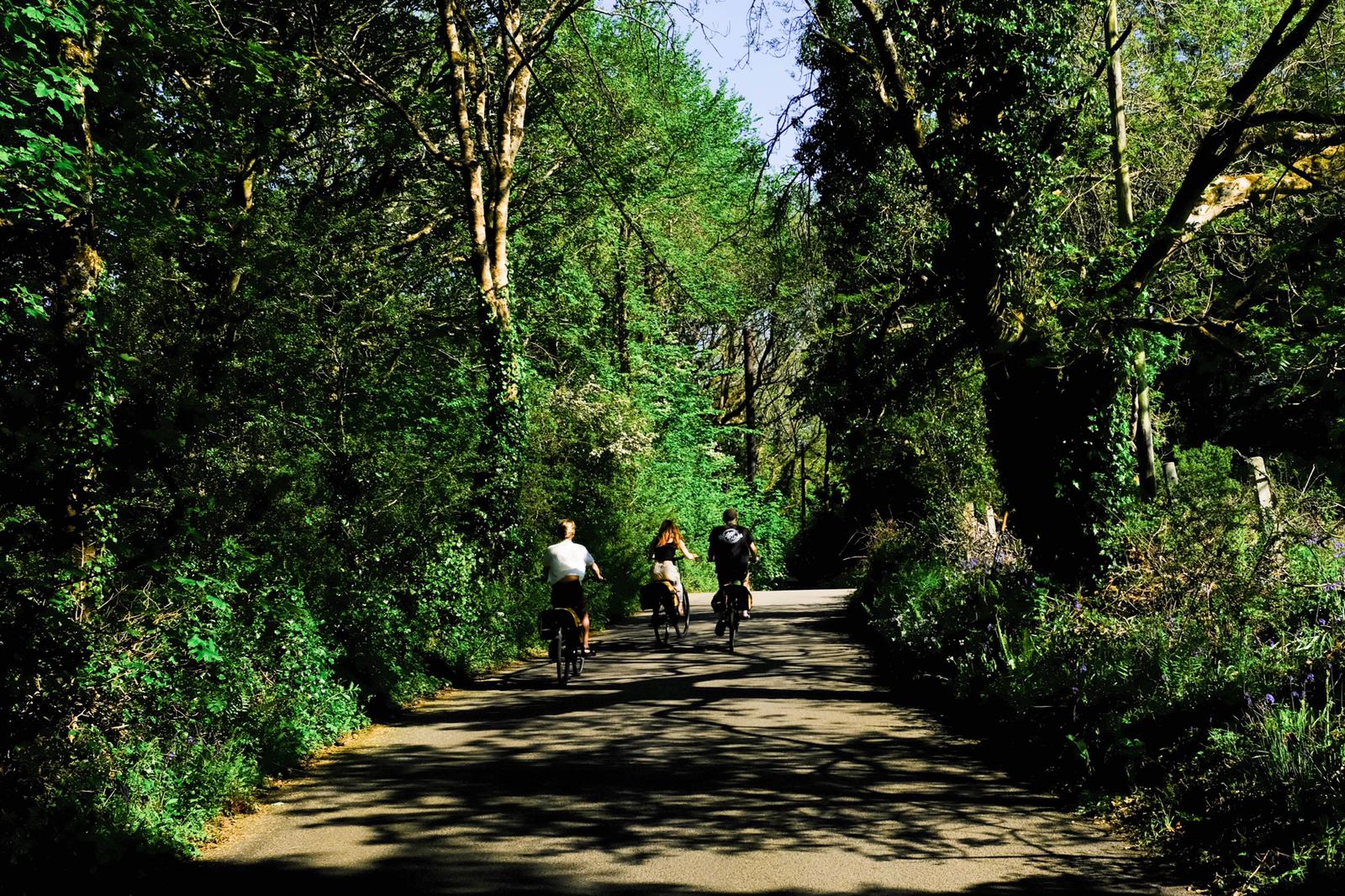 The recently opened (2022) West Kernow Way is a 150-mile cycle route around the tip of Cornwall. Challenging and rewarding in equal measure, the figure-of-eight route weaves between coves, clifftops and fishing villages via a network of bridleways and quiet backroads, including some previously ‘lost’ ancient tracks, and it passes some of Cornwall’s favourite places, including Land’s End, Sennen Cove, Cape Cornwall, the Mên-an-Tol standing stones, Lizard Point, the Helford River and Saint Michael’s Mount. We’re not suggesting you tackle the entire route in a single holiday, but the beauty of this wiggly route is that you can easily do a stretch and loop back to make a nice day or half-day ride. 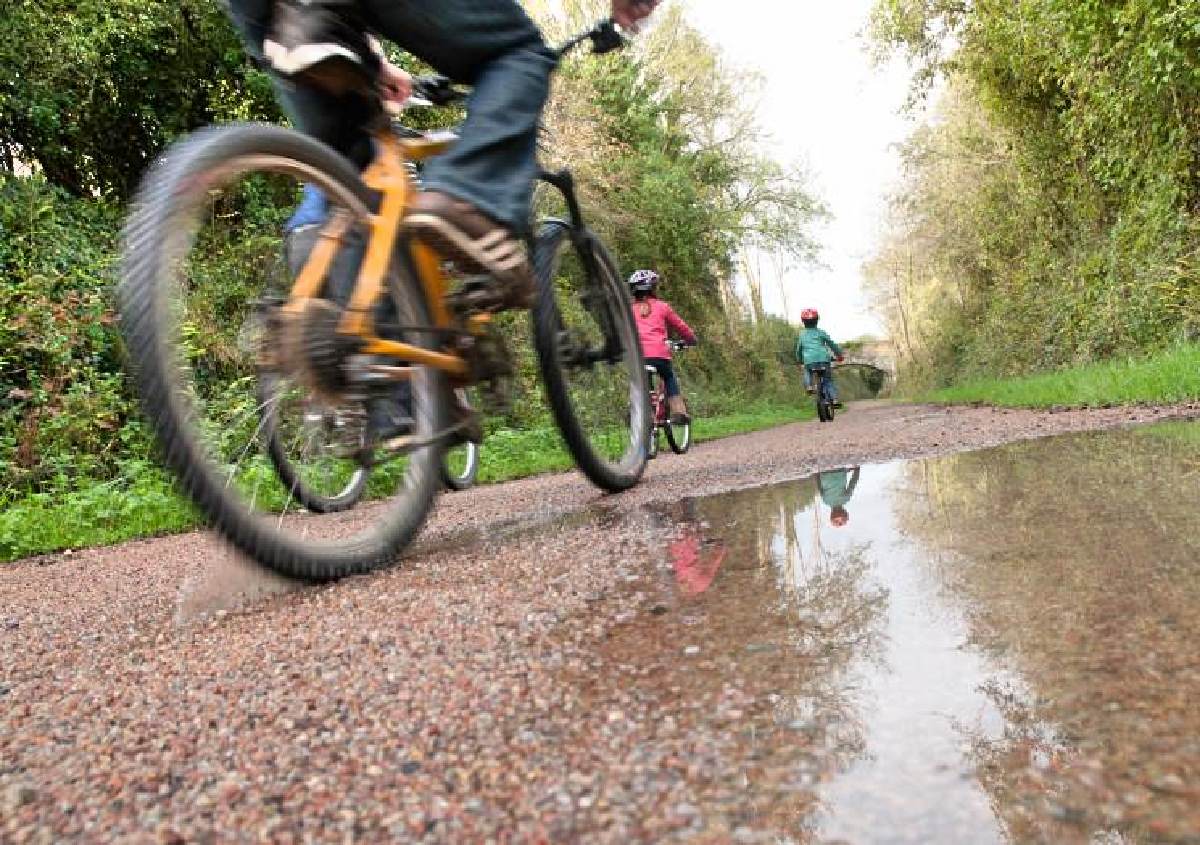 Following the Camel Estuary for 18 miles through north Cornwall between Padstow and Wadebridge along a disused railway line, this family-friendly trail passed through the beautiful, wooded Camel Valley. Beyond Bodmin, it skirts the fringes of Bodmin Moor and finishes in the charming moorland village of Blisland. Weary cyclists in need of refuelling should head for the popular, centuries-old Blisland Inn with its characterful interiors, brilliant selection of local ales and good pub grub. Bike hire is available right on the Camel Trail at either end — at Bridge Bike Hire in Wadebridge or at Padstow Cycle Hire, depending on your starting point.

Depending on how adventurous you’re feeling, there are various colour-coded bike trails around the Lanhydrock Estate, from easygoing, family-friendly paths which wind through woodland and conifer trees, to more fast-paced moderate trails and the challenging dual slalom racetrack, with jumps and drops. Don’t worry if you haven’t bought your bike on holiday; bike hire is available at the house, open all day Friday-Tuesday. The trails are free to use, though you’ll need to pay for the car park.

This 3.5-mile route follows the old railway line which brought China clay from the hills above St Austell to Pentewan; from here, you can continue on to Mevagissey — a couple of miles north — along the The Cornish Way cycle route. It’s largely traffic-free, making it a great family-friendly cycle route, with its meandering wooded route running close to the riverbank. You can take a detour to the Lost Gardens of Heligan along the way, or link up with the Wheal Martyn to Eden Project Trail and other Clay Trails. If you haven’t brought your own bikes, you can do the trail in the opposite direction and hire bikes in Mevagissey. 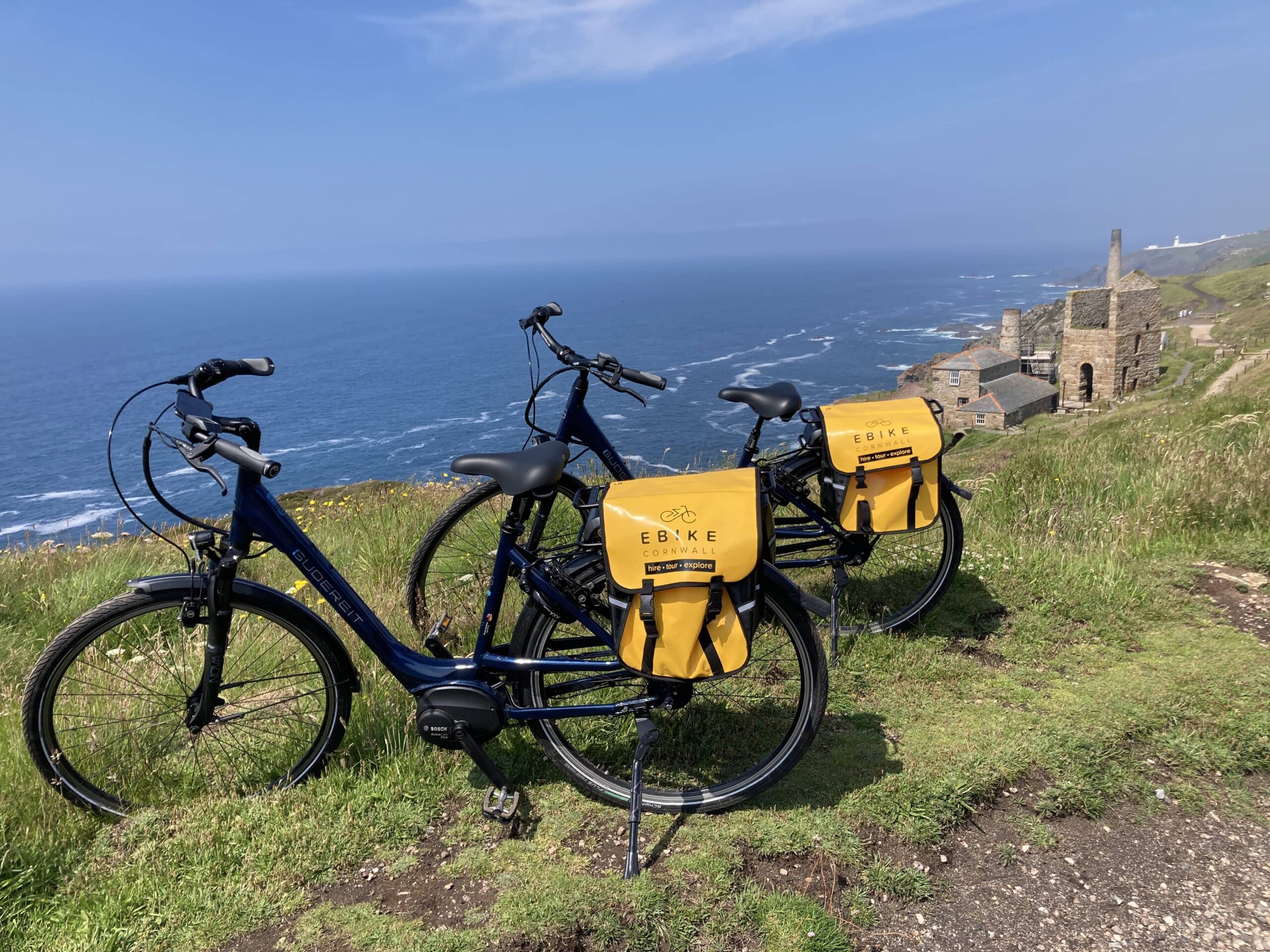 For peddling with ease, check out EBike Cornwall; electric bike hire which is located in multiple picturesque spots around Cornwall.

Planning a cycling holiday in Cornwall? Have a look at our holiday cottages dotted around the Duchy.