Guide to seeing wildlife in Cornwall

One of the brilliant things about Cornwall is the variety of wildlife that can be seen down here, making it one of the best places in the UK to spot basking sharks, birdlife and seals.

A lot of the extraordinary biodiversity is thanks to the miles of unspoilt coastlines that provide great habitats for wildlife. If you fancy making a trip down, take a look at our guide below to find out where and when you can experience your very own Attenborough moment. 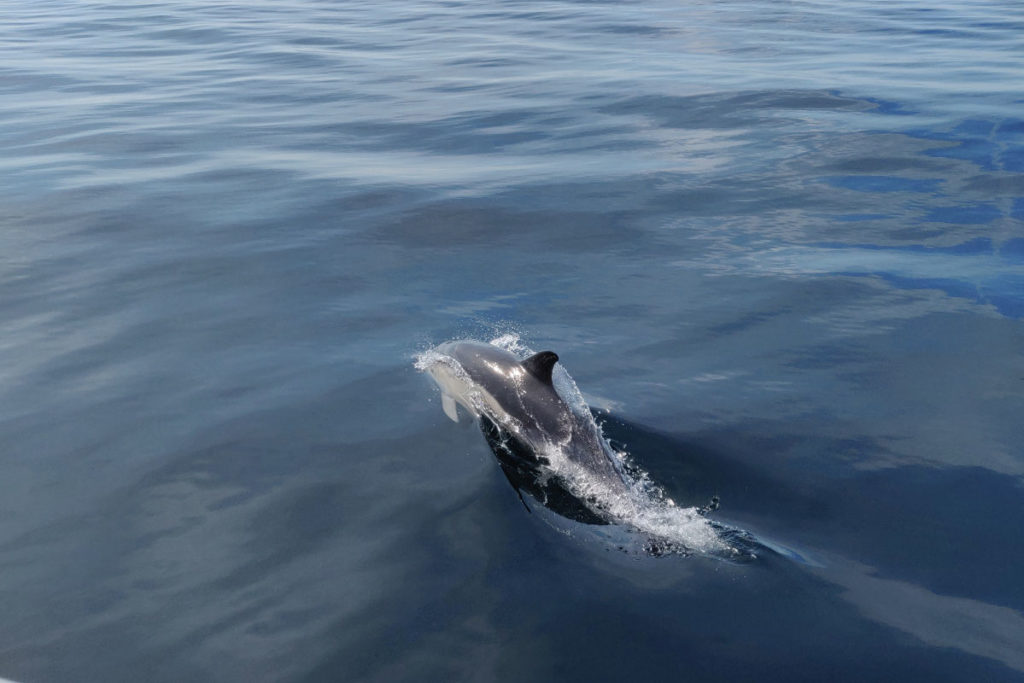 Cornwall is renowned in the UK for dolphin watching. Pods of these elegant creatures can be seen breaching the water from the coast or following boats for a spot of ‘bow riding’. There are three species that can be spotted; the bottlenose dolphin, common dolphin and Risso’s dolphin.

WHEN: These can be seen all year round

WHERE: Gwennap Head near Porthcurno is our favourite spot and only a short jaunt from Penzance, Newlyn and Mousehole. After a long day dolphin watching, what better place to put up your feet than our cottages Artist’s Retreat and the charming St Clement’s House? Both places have sea views of Mount’s Bay, so the dolphins might even come to you! 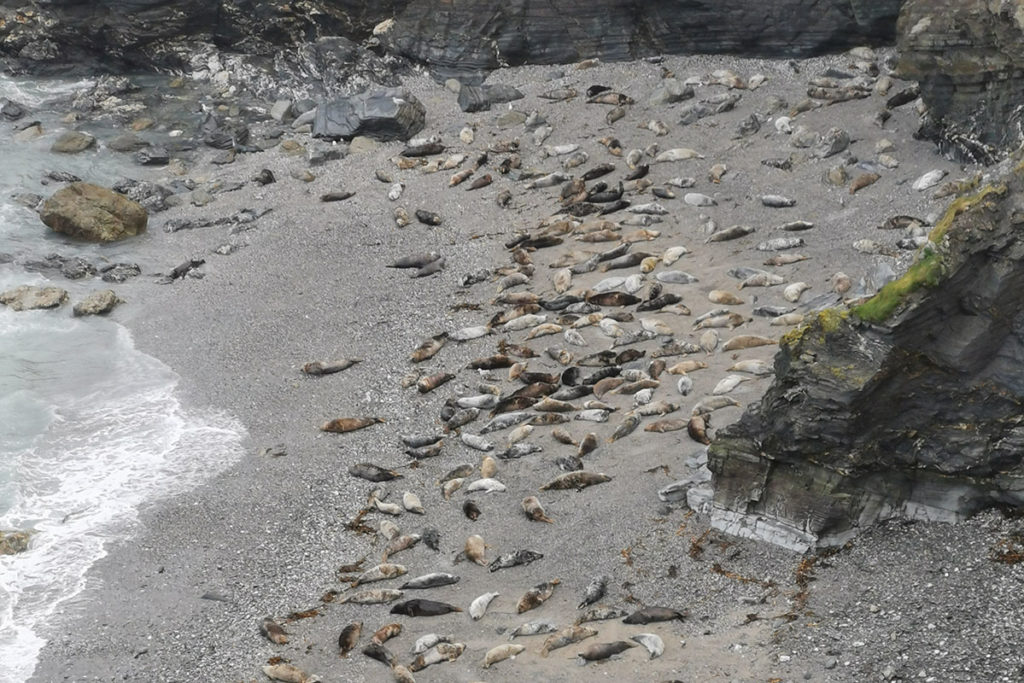 The grey seal is a common sight all over the UK, but it isn’t every day that you get to see their fluffy white offspring. Cornwall is lucky to have one of the best and most accessible places to spot these blubbery sea dogs.

WHEN: All year round (pups from October)

WHERE: Mutton Cove, Godrevy Point. Seals laze on this isolated beach all year round, so it’s the perfect place to raise the kids! This is right next to Gwithian’s stretching beach and the picturesque Godrevy lighthouse. Why not stay close to the seal-watching action and book a getaway to Gwithian itself? 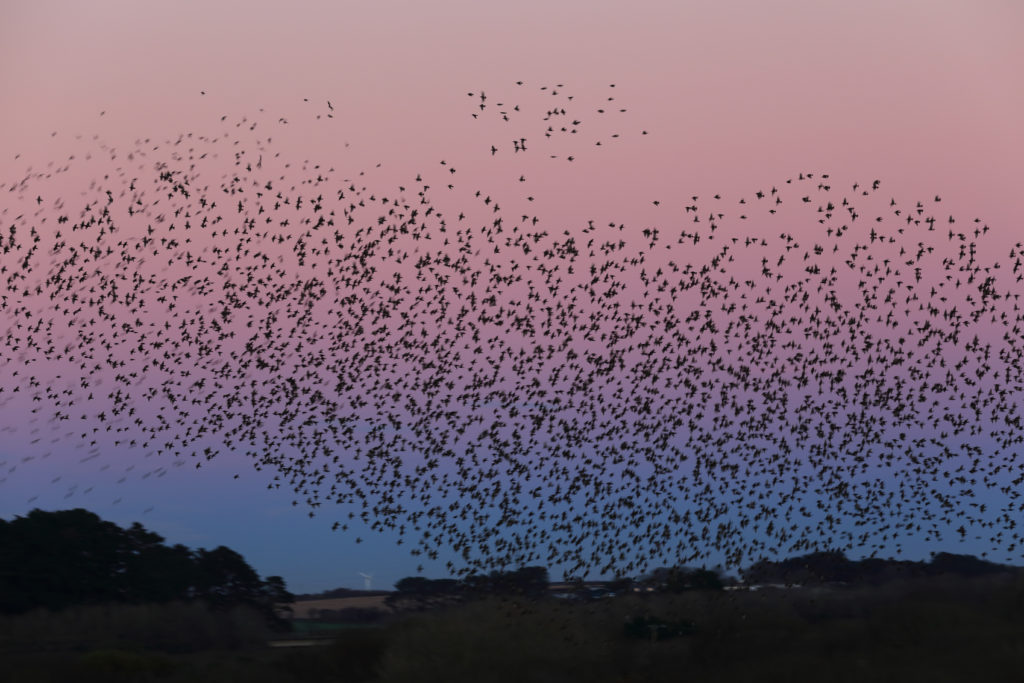 Thousands of these small but mighty birds mass to numbers beyond imagination and give any lucky audience an astonishing ariel display. As the birds gather they form “murmurations” which will shift and morph into shapes only Mother Nature could make up.

WHEN: Best to see these from September to November, from early evening to dusk.

WHERE: Now these murmurations aren’t a sure thing, but there are some hotspots for these winged performances. The marsh near the picturesque Marazion is our favourite, where we have a selection of coastal properties with stunning views of St Micheal’s Mount. 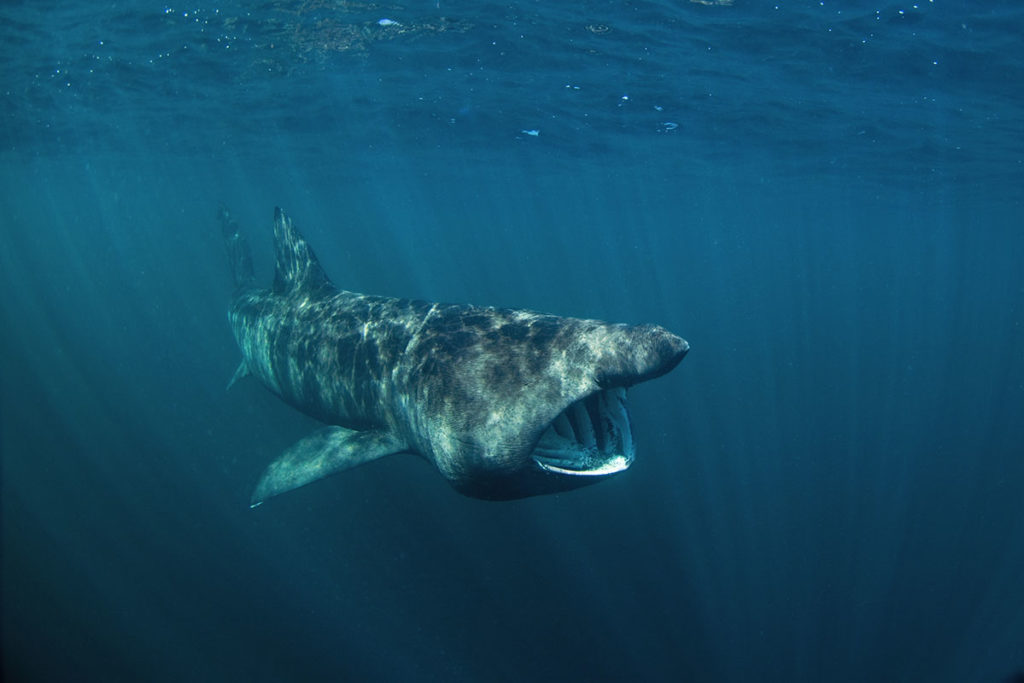 Can you believe the planet’s second-largest shark visits Cornwall’s waters every year? Don’t worry though, these 30-ish feet long behemoths are harmless to humans and only eat plankton. It is rare to see these sharks in the UK, but due to the great water visibility and the frequency of visits, your best chance is in Cornwall.

WHEN: the best time is between May and July. But they can stick around as late as October.

WHERE: Your best bet is in south west Cornwall, particularly on headlands. Why not get a front-row seat to the action at Epic View, a beautiful apartment on the Lizard Peninsula.

Feeling inspired? Why not check out our top things to do in Cornwall?