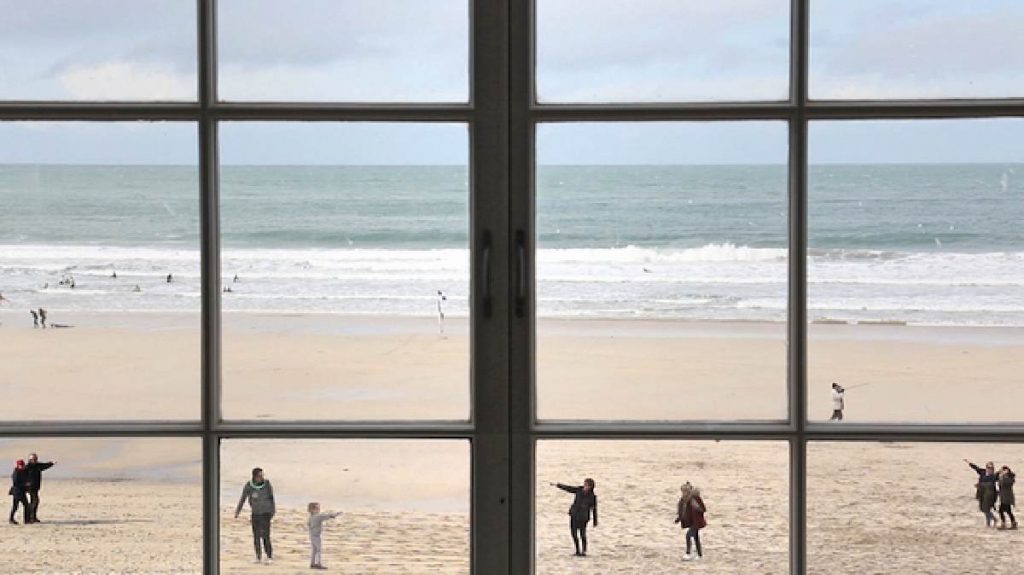 In 2011 Frears spent six weeks living and working at Kestle Barton as part of the fledgling residency programme. She fell for Kestle Barton as well as the green and mysterious Frenchman’s Creek, the Helford River and the Lizard. The work she made during her stay has been central to her practice ever since.

After her first work with moving image Still Here formed the focus of her solo exhibition at Newlyn Art Gallery last year, Frears has made a new work specifically for this show at Kestle Barton. Filmed over several weeks through her studio window on Porthmeor Beach in St Ives, this work observes, arranges, frames, and choreographs different types of human activity and behaviour. Works on paper stimulated by source material gathered in preparation for this exhibition will be shown alongside the new film.