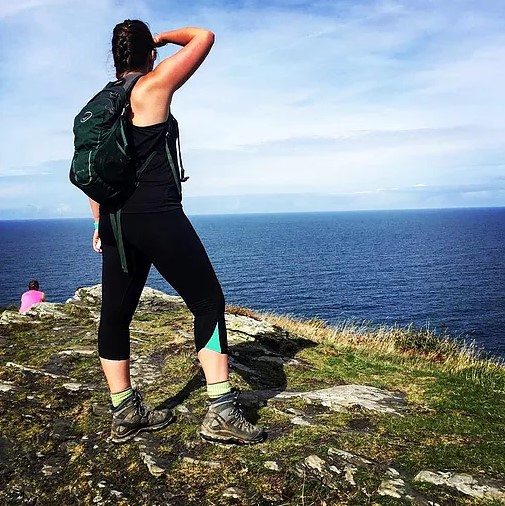 Have you ever visited a place that makes you feel you’re no longer in your homeland, but somewhere completely different like the other side of the world? I had that feeling only recently when I took my walking group, Cornish Ramblings, to Boscastle. When arriving you’re instantly transported into a scene much like a picturesque fairy tale — with quaint buildings, surrounding billowing coastlines, deep coombs and romantic natural harbour, it’s hard to not be in awe at this beautiful Cornish village. 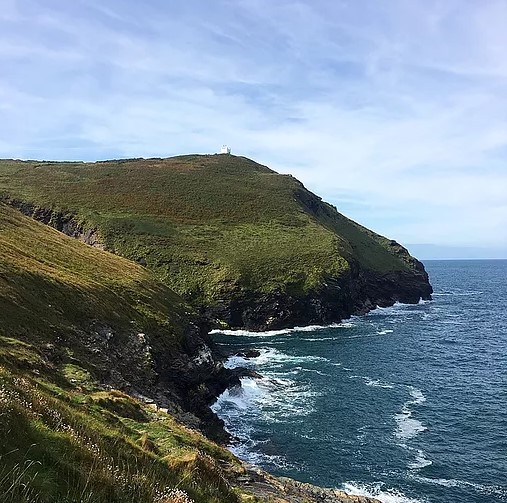 With Boscastle’s trade relying mostly on tourism, I was glad to see it bustling with visitors. The pubs and restaurants were full of chatter, clattering cutlery and clinking glasses, whilst the shops had plenty of curious eyes flirting in wonder at what was on offer. The streets were awash with ramblers, us included, ready to set off on the adventure down the coast

This spectacular stretch of coastline is a notorious spot for shipwrecks. In January 1843, the Jessie Logan had been making its way from Calcutta to Liverpool when a heavy gale drove it to shore where it struck the rocks near Blackapit. All the crew perished and most of her cargo came ashore, including rice, sugar and cotton. Similarly in 1884, a steam-powered cargo freighter disappeared whilst on the route from Cardiff to St. Nazaire. 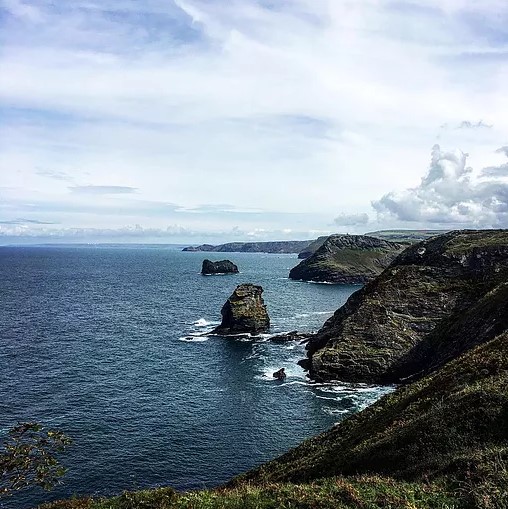 After making our way down, across and up a couple of valleys, through a few kissing gates and along a path towards a rock arch known as the Lady’s Window, we reached the deep and gorgeous gorge at Rocky Valley. The Lady’s Window (pictured below) is a beautiful hole which formed around 370 million years ago when Cornwall was pushed out to sea. Through intense pressure, the heat from colliding rocks and gradual weathering, the Lady’s Window emerged…and now makes for a great photo opportunity. 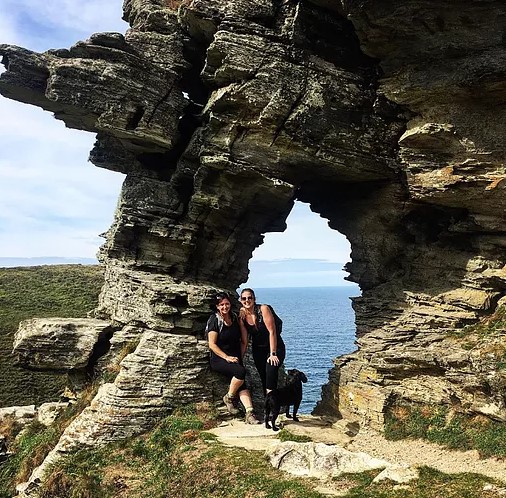 After several (hundred) photos and selfies later, we made our way along the coastline and eventually down into Rocky Valley. This beautiful gorge made my jaw drop to the ground. I could see why travel books mention this as a place of exceptional beauty. Rocky Valley has been formed by the Trevillet river carving its way through the slate bedrock, and cascades through woodland before opening out into a canyon which meets the coast. This valley is dramatic yet peaceful to walk through, and I could feel my fellow hikers taking it all in around me, breath by breath. 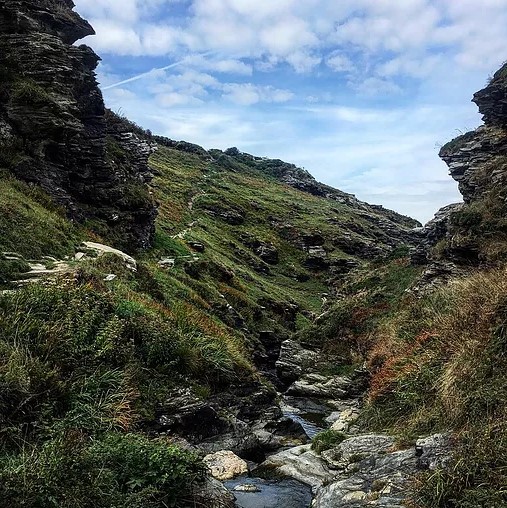 Crossing the bridge and following the pathway alongside the river, we reached worn away ruins just waiting to be explored. Strange labyrinthine stone carvings had been chiselled into the rockface, but the age of these carvings is still unknown. Some historians believe they date back to as early as the bronze age, whereas some believe they are a lot more recent. Either way, this particularly creepy, yet beautiful area caused a lot of Blair Witch talk and re-enactments which left me feeling a little giddy to say the least! 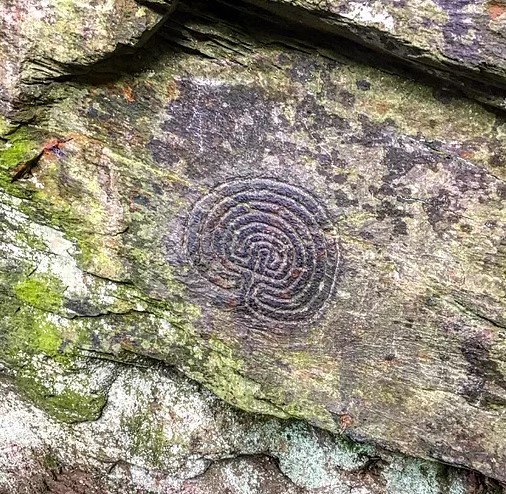 As we made our way towards Trevillet Mill, we eventually popped out onto the main road and headed up a long hill towards Trethevy. Heading out of Trevalga village, the next part of this circular walk took us further inland across fields…and over approximately seven stiles! At one point I thought we were hurdling, the stiles seemed never-ending. But alas, as usual, they caused us endless amusement as we hoicked ourselves up and over, again and again. 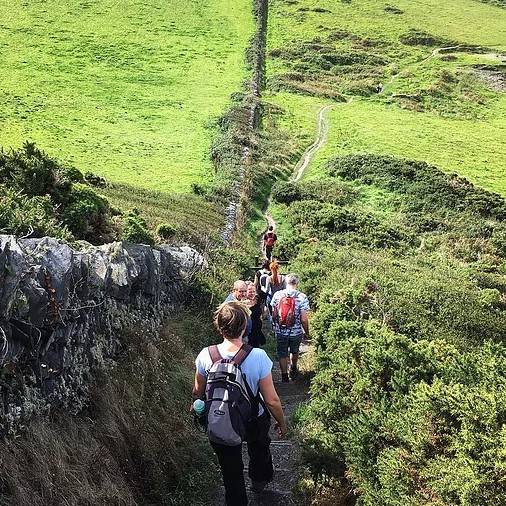 The final leg of this glorious hike would take us back into the village of Boscastle with an optional diversion via Bottreaux Castle, a 12th century fortress of the de Botterells. Very little remains of this castle as over the centuries residents of Boscastle ‘reused’ the stones to build their own houses. But the view across the harbour is well worth the diversion.

As we ended our walk, we slowly said our cheery goodbyes. Some disappeared into a café for a well-deserved cuppa and slice of cake, whilst others decided to browse the shops. I decided, as I watched everyone go on their merry way, this Cornish paradise was well worth visiting again.