This circular walk shows the best of St Ives with the route passing through four beaches and the Tate Gallery — this is the ultimate tour of the town! Distance 4.3 miles. 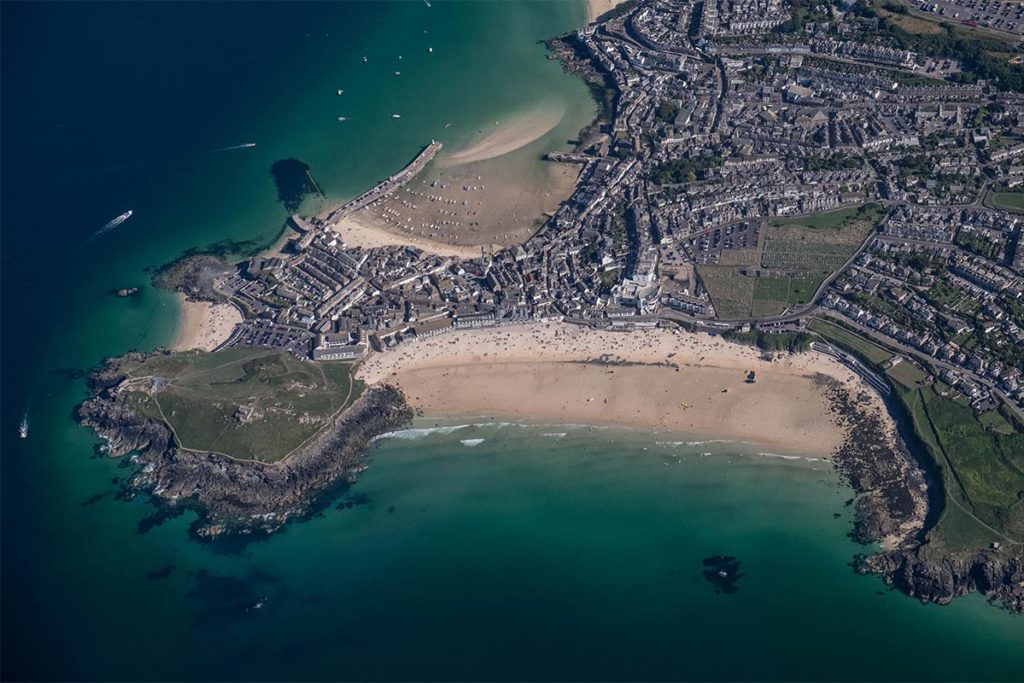 If you’re looking to visit a Cornish seaside town that quite literally has it all, then I definitely recommend putting your walking boots on and heading to St. Ives. With its fabulous independent shops, a maze of cobbled streets and tiny doorways, award-winning restaurants, cafes and bars as well as its delicious beaches, culture and landmarks, St. Ives really is the crème de la crème of Cornwall. With five beaches (yes, five!) to whet your whistle, you can have your pick of where you set up for the afternoon. 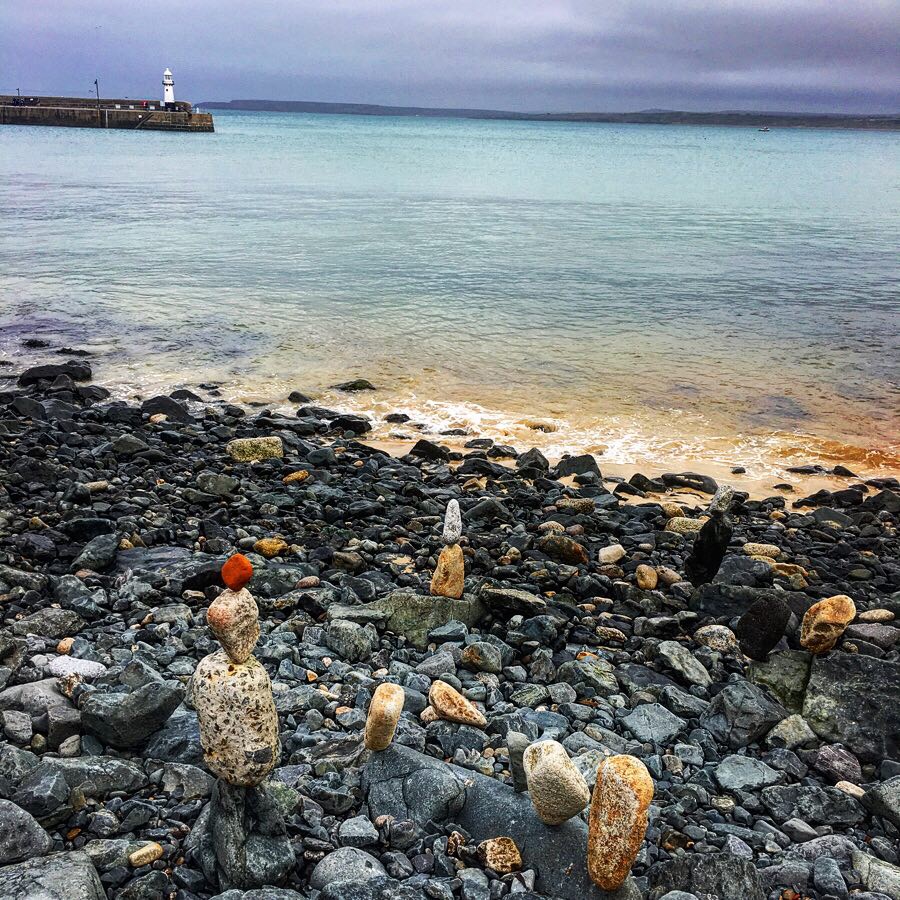 So now you’ve heard about all the delights St. Ives has to offer, let’s get down to the real reason we’re here. The walking!

St. Ives may have plenty to see and do throughout the town, but it is also a perfect spot for us hikers. This is a 4-ish mile walk, but there is also a 7-mile alternative route should you be in need of a little extra mileage. From the car park, the route goes through St. Ives eventually ending up at the RNLI lifeboat station and then onto Smeaton’s Pier. The pier was built towards the end of the 18th Century and you can still see part of the wooden structure that collapsed back in the late 1800’s. 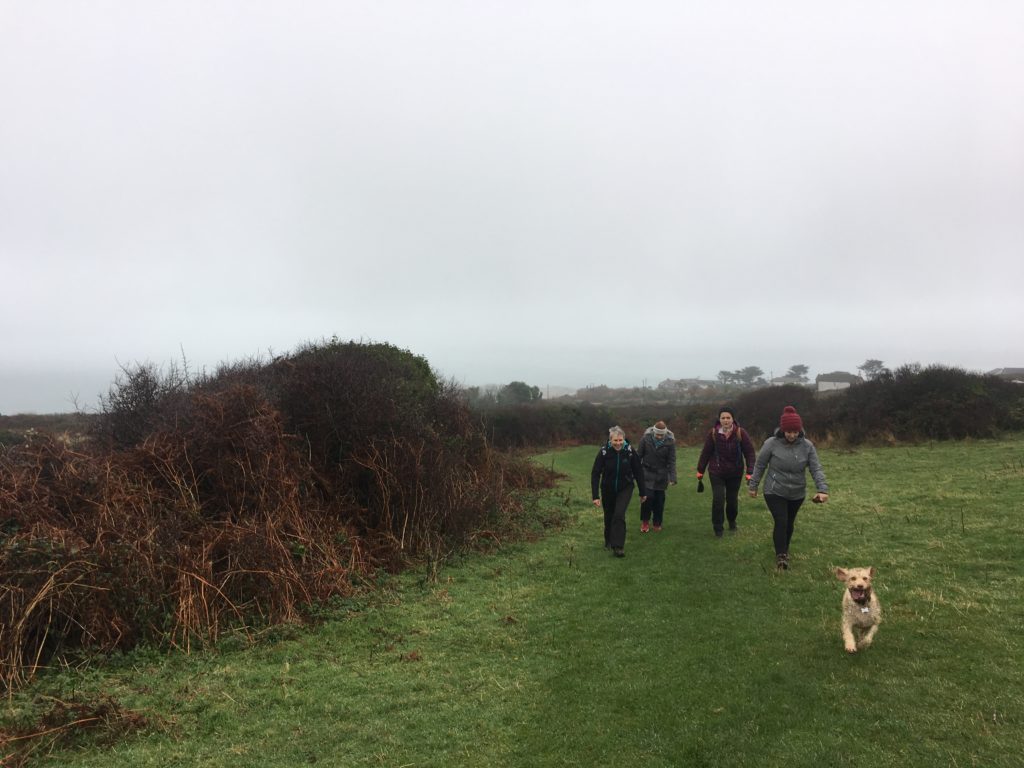 Eventually, you’ll end up on Porthgwidden beach before making your way up towards the headland where you’ll find the Coastguard Lookout, situated on a rock named Lamp Rock — named from a time when there was once a tall pole with a lantern which guided ships landing at Porthgwidden Cove.

Now I don’t know about you, but I love a good chapel or church to peek around whilst out rambling, so it’s no disappointment to hear there is a chapel on this route. St. Nicholas’ Chapel sits on The Island of St. Ives and is thought to date from the 15th Century. Although not technically an island, it is in fact a grassy peninsula connected to the mainland by a narrow strip of land with the sea on either side and jutting out between Porthmeor beach and the harbour. 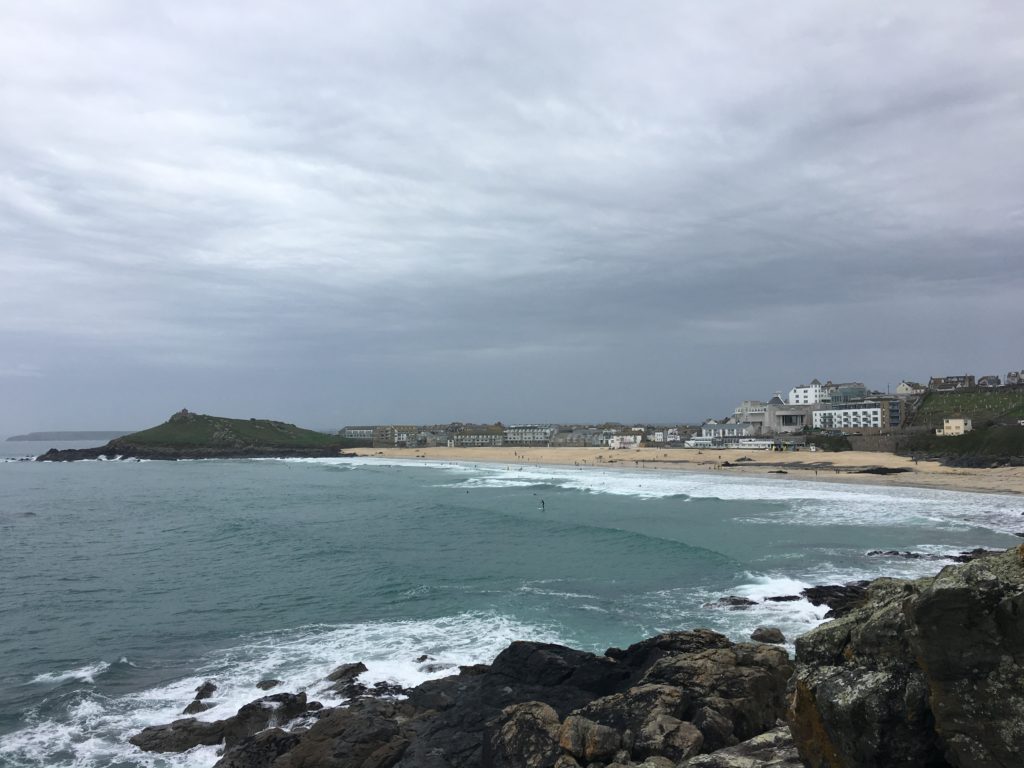 This route also takes you past the Tate St. Ives. The Tate is an impressive building with an even more impressive view of Porthmeor beach. Passing the Tate and churchyard, you’ll reach a path opposite St la’s Holy Well which is a spring that has been incorporated into the stone walls that surround the cemetery. Although it’s not necessarily the prettiest of holy wells, it is still worth a look. As is Godrevy Lighthouse which you will see on the far side of the bay as you continue along several pathways. Godrevy Lighthouse will always be a special place for me as it was the very lighthouse that inspired one of my favourite authors, Virginia Woolf, to write her famous novel To the Lighthouse.

‘So fine was the morning except for a streak of wind here and there that the sea and sky look all one fabric, as if sails were stuck high up in the sky, or the clouds had dropped down into the sea.’ Virginia Woolf, To the Lighthouse.

The next part of the walk is one which makes most of my ramblers’ sigh. That’s right everyone, we’re going uphill. I love a bit of a challenge and walking the Cornish coastal paths can certainly provide that. Most of the walks I organise have at least one hill, there’s no escaping them in Cornwall. But with the climb up usually comes wonderful views and nine times out of ten, a bit of downhill respite. The final leg of the walk takes you across a couple of fields, through a church and along the pavement to the car park. A nice way to end a short but very sweet ramble in one of Cornwall’s most beloved gems. 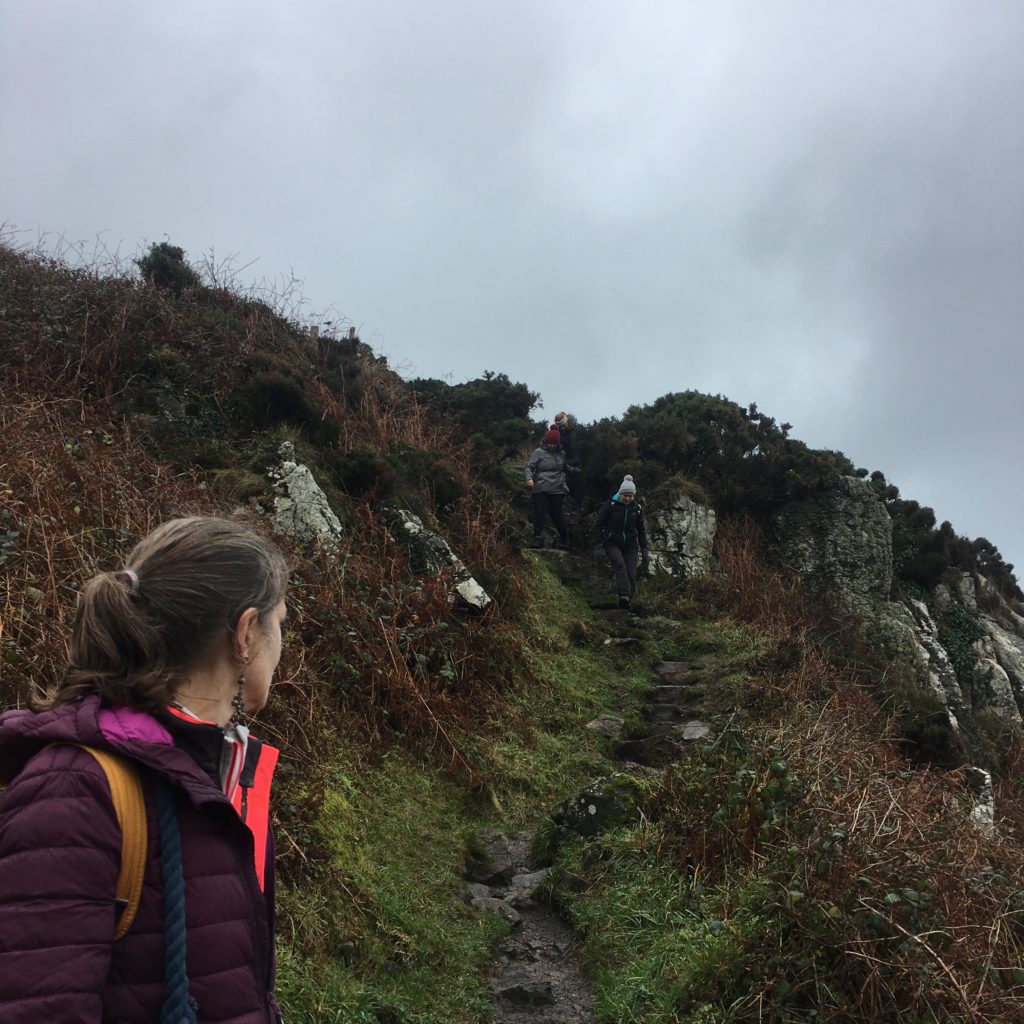