Things to do in Cornwall this Christmas

As the clocks fall back and the smell of woodsmoke fills the air, we can’t help our minds wandering to thoughts of Christmas. From festive fairs and foodie events to lantern trails and fishing villages bedecked in colourful lights, tick off a couple of these whilst you’re here to get yourself in the Christmas spirit. Who said Cornwall was just a summer destination? 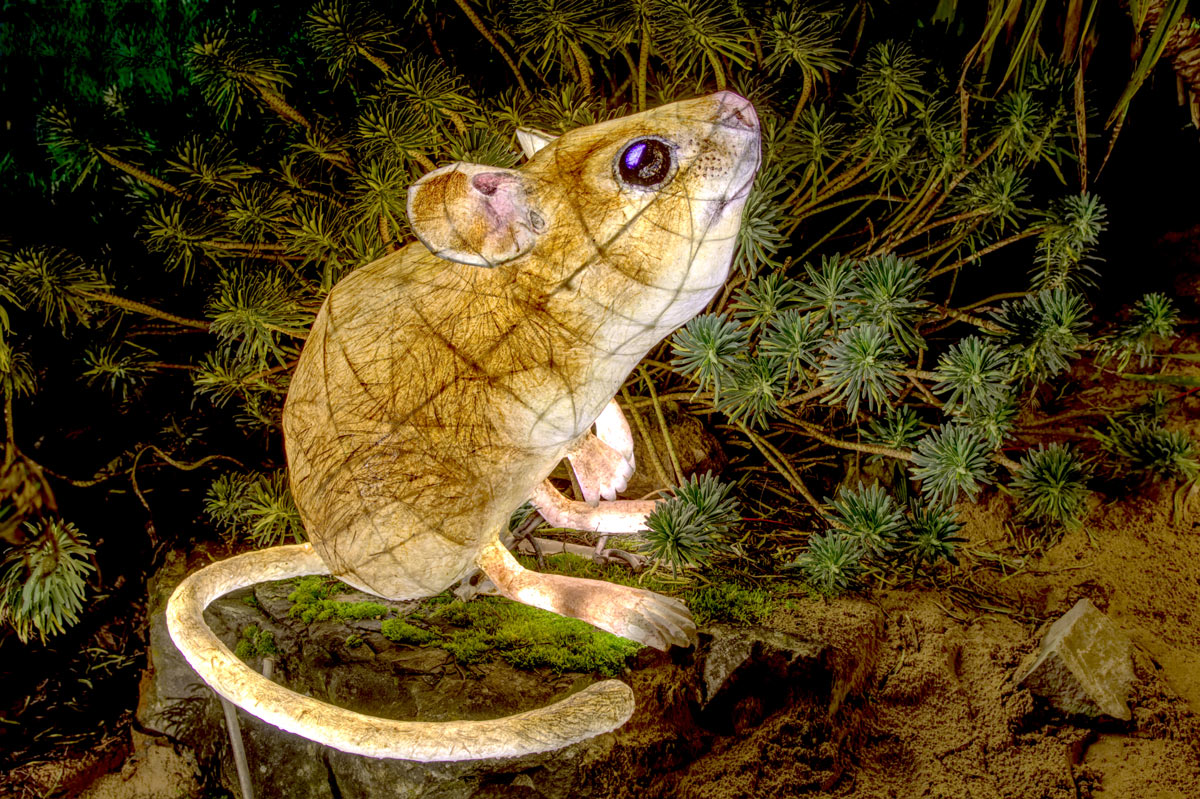 Get your Christmas shopping all wrapped up before November’s even over at the Eden Project’s glittering festive event, celebrating local producers, artists and craftspeople, with hundreds of stalls selling food and drink, ethical clothing and skincare, as well as art, homeware, jewellery, and plenty more. In true Eden style, this is the biggest fair in the region’s seasonal calendar, all set around the magnificent biomes, which are lit up in colour for the occasion. Don’t forget your skates — the ice rink is open until end of February. Booking essential for both the fair and ice skating.

Fowey is a pretty special place at any time of the year, but over one weekend in November Christmas fever takes hold, with throngs of visitors descending on the town for the Fowey Christmas Market (pictured) to browse the stalls of over 200 traders, sip mulled wine and enjoy the festive soundtrack from choirs and brass bands dotted around the town. Celebrations kick off on Friday evening with the arrival of Santa by tugboat, Fowey Town Band leads a lantern parade through the town, and there are fireworks and late-night shopping at all the town’s indies. 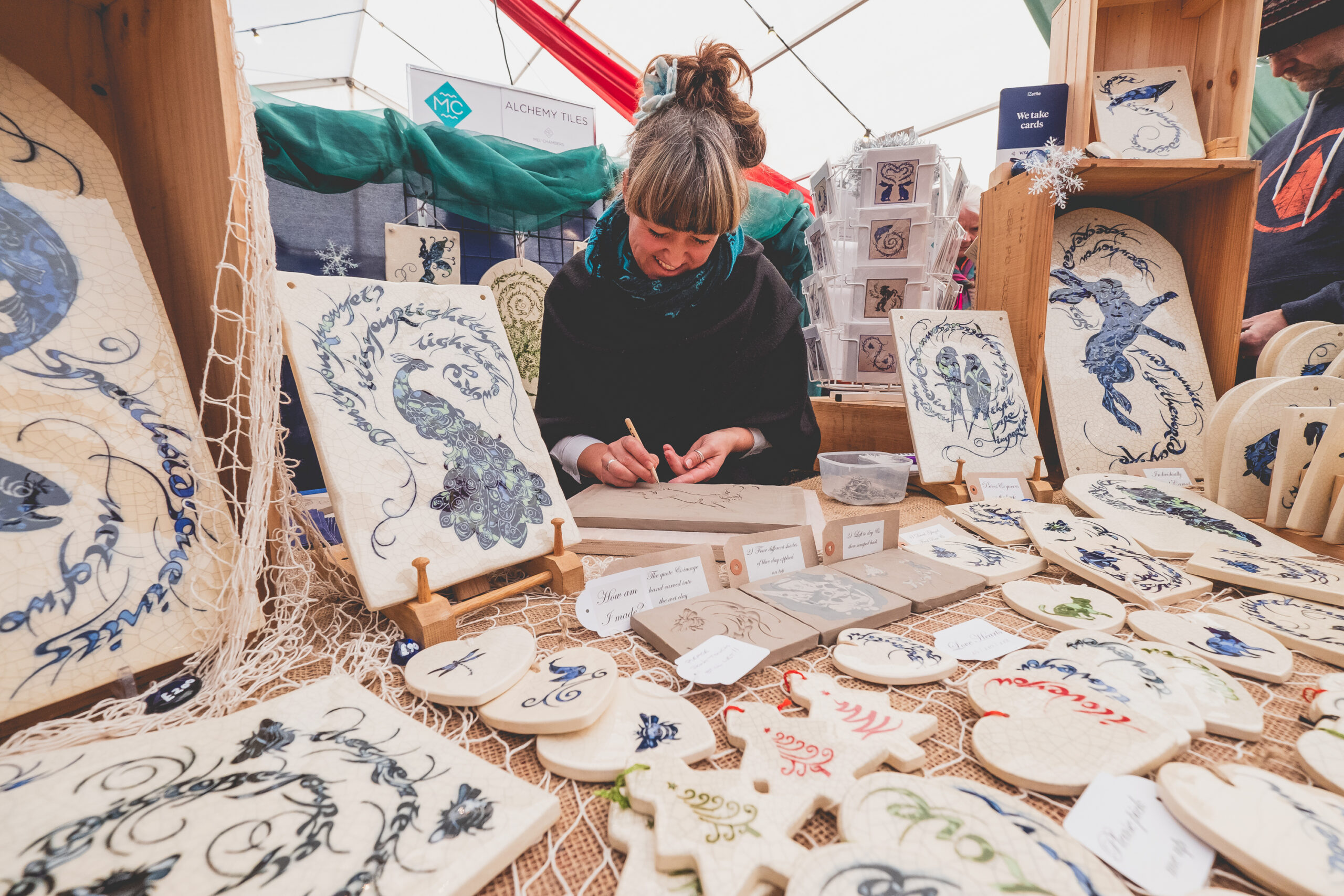 Chug through the Cornish countryside this Christmas on the region’s popular heritage steam railway. There’ll be mince pies and carols on the platform, before passengers join Santa’s elves on the 50-minute train ride, which departs for Bodmin Parkway five times a day on selected dates in December. Children will get the chance the pen a letter to Father Christmas en route before returning to Bodmin General for the chance to meet Santa himself in his beautiful Victorian carriage.

Tunnel of Lights: Arctic Adventure at the Shipwreck Treasure Museum

No need to trek to the Alps in search of snow this winter. Throughout December, the tunnels under the Shipwreck Treasure Museum — once used to transport China clay onto ships in Charlestown’s harbour — will be lit up by thousands of lights, transforming the network of tunnels into a magical polar Arctic wonderland, with frozen waterfalls, icebergs, ice caves – and snowstorms.

Nothing says Christmas quite like a huge neon sea serpent snaking its way through the harbour. For a few weeks in December, sleepy Mousehole (pictured) is transformed by 30,000 multicoloured lights, a tradition which began in 1963 with a string of coloured bulbs along the quay and now includes dozens of illuminations, such as the 50 metre-long Santa’s sleigh and reindeers. Carols are sung, mulled wine is supped, and there’s plenty of merriment to be found around the town’s shops, eateries, and venues. 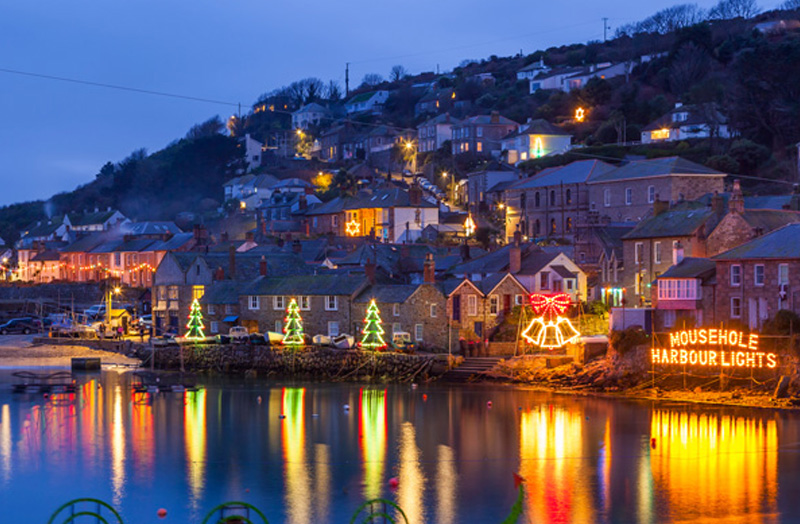 Over ten days this December, children will be able to craft their own lanterns with the help of local artists at Trebah Garden and join a magical procession along illuminated pathways for Trebah’s inaugural Festival of Light. The candlelit procession ends at the garden’s private beach on the Helford, where there will be firelit festivities, seasonal food and drink and plenty of Christmassy themed fun for youngsters. 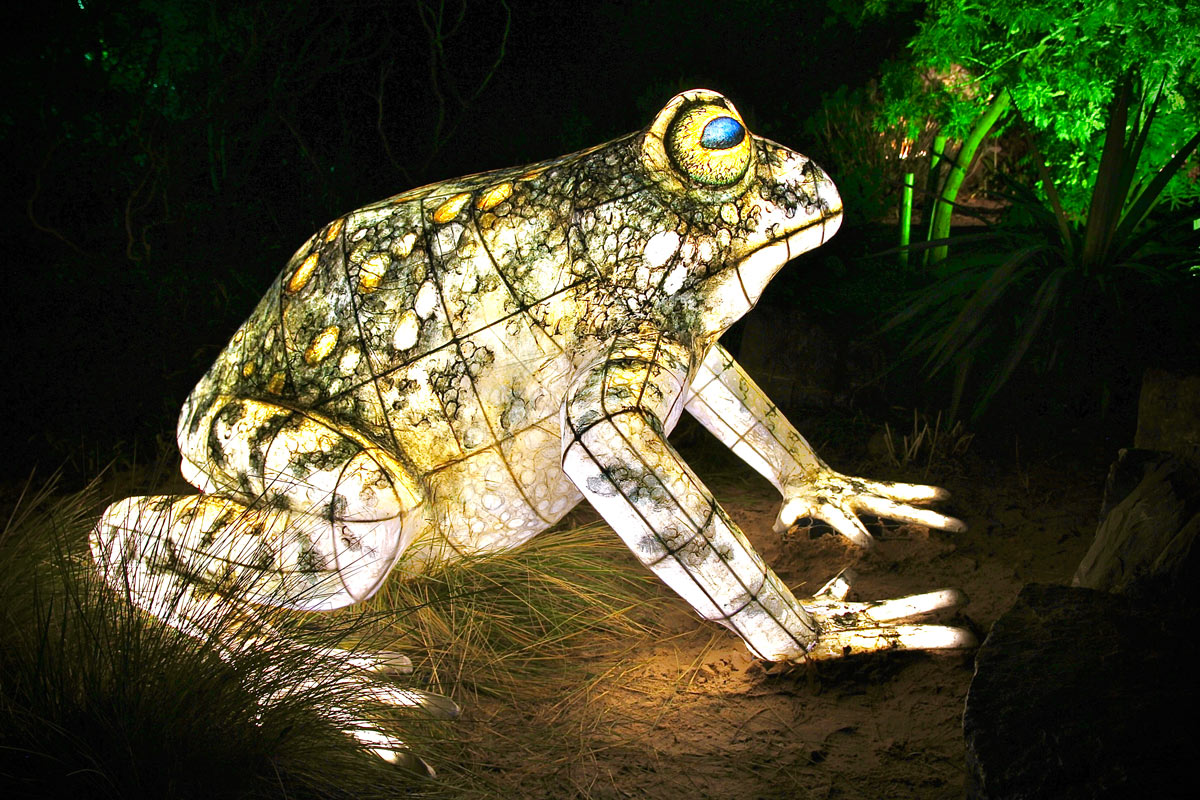 As darkness descends, wander through the woodlands of Cornwall’s much-loved Lost Gardens of Heligan (above and main picture) along trails lit up by beautiful lanterns depicting wildlife and scenes from nature — from badgers and squirrels to hedgehogs, even a burst of snowdrops. Toast marshmallows and chestnuts and warm colds hands on a mug of steaming hot chocolate along the way. A treat for children and adults alike.

Christmas at Trelissick — until 1 January

When it comes to creating a traditional Christmas, few places do it better than the National Trust. Trelissick is no exception. The beautiful estate, set on its own peninsula with woodland walks, estuary views, art gallery, bookshop and cafe, will be playing host to a number of Christmas inspired activities. On selected dates in December, Father Christmas will be taking up residence in the stables, where children can hear him reading the Twelve Days of Christmas. Visitors will find winter warmers such as spiced apple juice, festive lattes and mince pies in the cafe and there are also three-course Christmas lunches in the old barn.

A Christmas Carol at the Minack Theatre

Theatres don’t get much more atmospheric than the Minack, perched high on the cliffs with views of the Atlantic beyond. This Christmas, acclaimed Cornish actor David Mynne will be taking to the open-air stage, come again this Christmas with his popular one-man adaptation of Dickens’ classic. This is no ordinary adaptation, though – be prepared for lots of added silliness thrown in.

Penzance’s version of the Venetian masquerade, this six-day arts and community festival culminates in Montol Eve (pictured) on the 21st December each year, celebrating the midwinter solstice and Cornish traditions with a spectacular masked parade, the Rivers of Fire, referring to all the lanterns, beacons and flames that accompany the procession. There are stalls, dancers and carol singers. 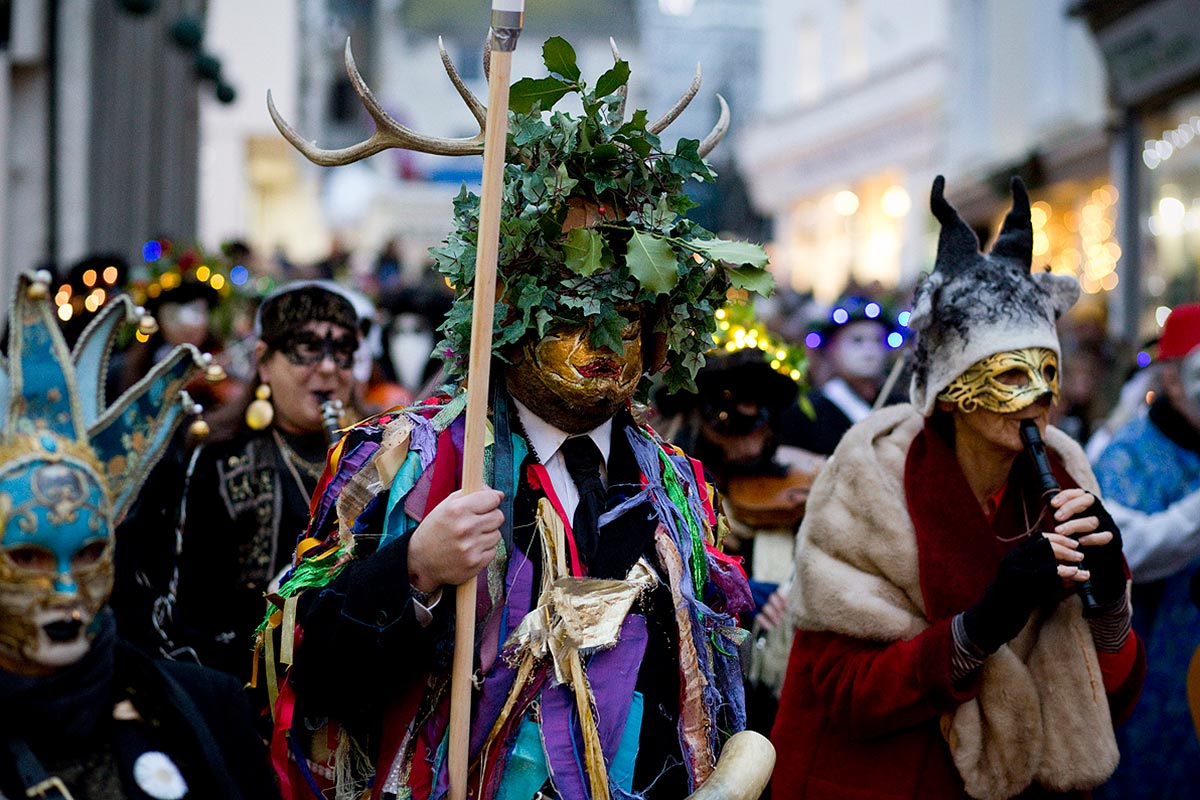 And if you feel like getting festive in Cornwall, why not stay in one of our cosy coastal cottages?