Just five miles from the hustle and bustle of Newquay, and half way to the quaint fishing village of Padstow, Mawgan Porth is definitely worth visiting when in Cornwall. A traditionally Cornish village that’s retained its 70’s charm, Mawgan Porth is a popular spot amongst celebrities such as Kate Winslet, and it’s easy to see why. 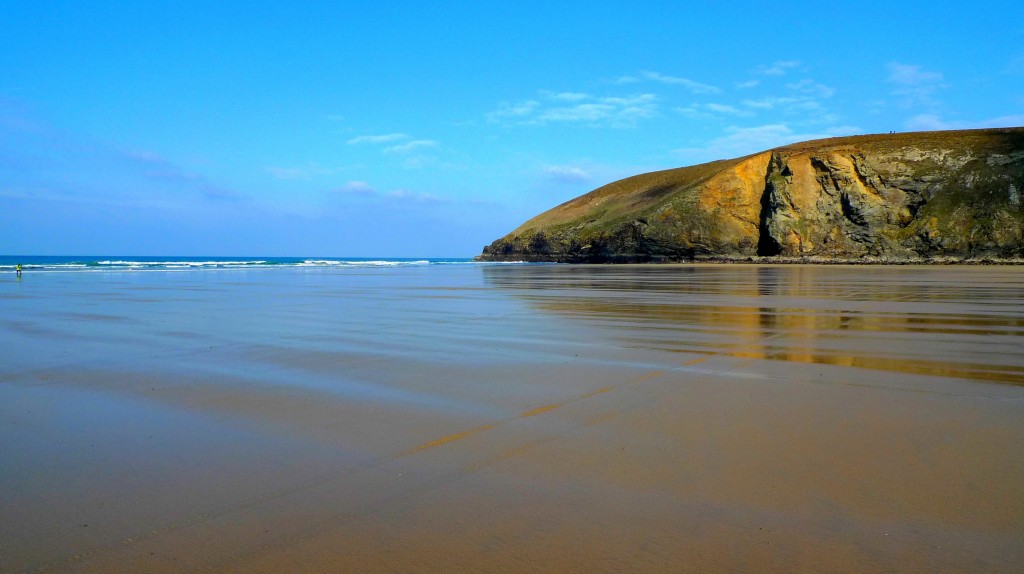 The beach itself is a fantastic destination for a family day out, and it’s dog friendly throughout the year too. Lifeguarded seasonally, it’s ideal for a swim, and there are lots of rockpools and caves for the kids to explore. Mawgan Porth is also a great surf venue because of the Atlantic swells, and you can even book your own surf lesson with professional surf school Kingsurf when you’re down there. Photo opportunity: There’s a pretty stream to look out for, but make sure the tide doesn’t catch you as it comes all the way up to the end of the beach!

Take a wonder around and you’ll spot a number of independent shops and cafés – ice cream vans, newsagents, trendy cafes like Off The Beach and the Blue Fish Bar as well as The Merrymoor Inn (great for hearty pub grub) and of course Pengelly’s pasty shop! If you’re travelling down as a couple, treat the other half to a romantic meal for two at The Scarlet, which is just up the hill.

How to get there? From Newquay, head down the coast road to Porth, after which you’ll reach the scenic Watergate Bay (worth stopping at the top of the hill for a photo) and finally, Mawgan Porth – you won’t miss the car park.