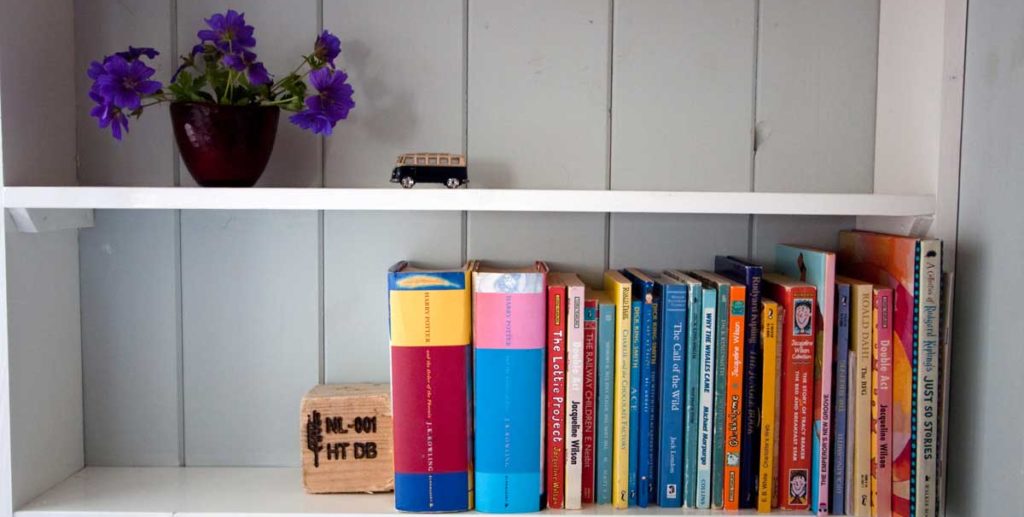 Nothing says holiday quite like being able to take some time out with a book – whether that’s curled up on a comfy sofa, lounging in the garden or catching some sun on the beach. As avid readers ourselves, we thought we’d share some of our favourites, from new-releases to classic novels…

• Rebecca, Daphne du Maurier
A Cornish house, a new marriage and a dark secret – there’s a reason why this was adapted into a film by Hitchcock. A thriller filled with twists and turns. Or you could go for ‘Frenchman’s Creek’,  ‘Jamaica Inn’ or ‘The House on the Strand’ of course — gripping tales all. Daphne du Maurier lived much of her life in Cornwall; at Bodinnick, Menabilly, and later in Par, all of which provide backdrops to her novels.

• The Levelling Sea, Phillip Marsden
A factually fascinating account of Britain’s maritime past, centring on the Cornish port of Falmouth. An astonishing tale of Falmouth’s part in the maritime revolution during the 16th, 17th and 18th century.

• The Swordfish and the Star, Gavin Knight
Gavin Knight, one of our most talented young non-fiction writers has carried out extensive research interviewing fishermen in Penwith and the Lizard, Cornwall’s most treacherous coasts, and woven them into a tapestry that tells the gripping story of the people behind the picture-postcard fishing villages. Expect the real deal; boat-wrecks, drug dealing, fortunes made and lost, life, love and tragedy.

• The Poldark Series, Winston Graham
Well it would be unthinkable not to include the epic Winston Graham series! The first book ‘Ross Poldark’ was published in 1945 and was followed over the years by ‘Demelza’, ‘Jeremy Poldark, ‘Warleggan’ and many more. Graham is a really good writer — well rounded characters, great plots, and bags of Cornish charm.

• He Said She Said, Erin Kelly
We promise these won’t all be set in Cornwall! Another thriller, this a real easy read pageturner that you won’t be able to put down.

• Mythos, Stephen Fry
What a man, what a book. Fry’s retelling of the Greek myths are as fascinating as they are hilarious. Divided up into very manageable chunks, this book is ideal for those with the shorter attention spans – or who are keen to get out and explore!

• Flights, Olga Tokarczuk
A beautifully written book that deservedly won the Man Booker Prize in 2018. Perfect for those who are happiest when travelling and exploring, the fragmented form of this book is playful, whimsical and utterly enjoyable.

• Five go Down to the Sea, Enid Blyton
Julian, Dick, Ann and ‘George’, with Timmy the dog, spend a holiday at a coastal farm in Cornwall. The children find out that in past times, villainous locals would lure ships to wreck on treacherous rocks by shining lights at night… and it seems that someone is up to the same trick again. Oh who will solve the mystery! The twelfth Famous Five novel and certainly the best.

• The Mousehole Cat, Antonia Barber
This classic tale for younger children tells the story of Tom, the old Mousehole fisherman, and his cat, Mowzer. They brave raging seas when the Great Storm-Cat comes snarling for so long that boats can’t put to sea and the fishing village faces starvation. Everyone is saved, just in time for Christmas. The event, which might just have happened in the 1700’s is still celebrated with spectacular Christmas lights and on Tom Bawcock’s day on 23rd December each year.