With late summer and early autumn just around the corner, the Atlantic brings its rolling swells to the Cornish coast, making for epic waves, exhilarating surf conditions and dramatic wave watching. The water has warmed up from the summer sun, the beaches are much quieter and the mild weather has arrived – September and October are great months for surfing in Cornwall. 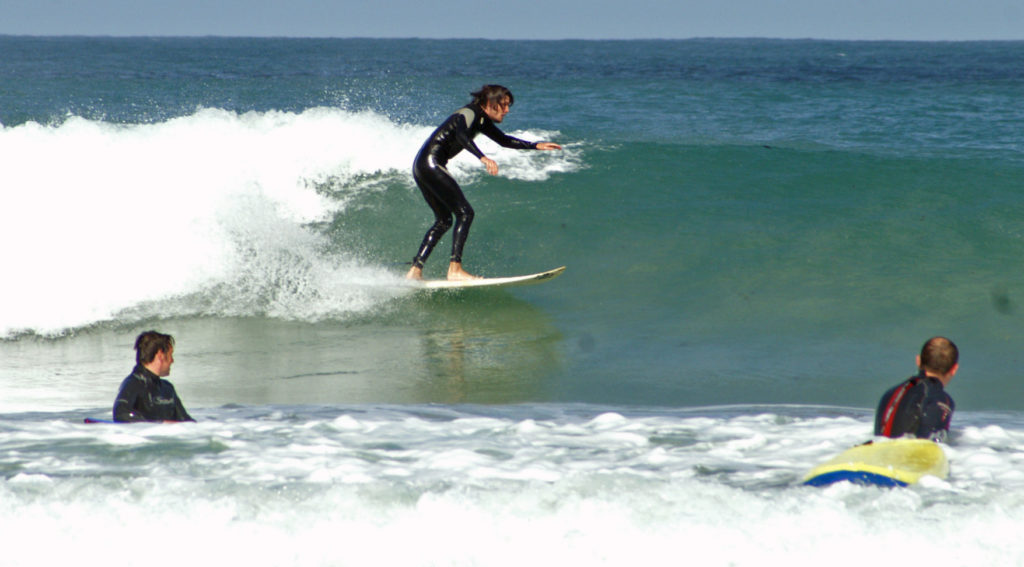 Known as the UK’s surfing capital, Newquay is a surfer’s paradise. Fistral beach is the area’s main west facing beach that draws in the predominant west swells and winds, hence why it’s home to and hosts several international surf competitions throughout the year. Just over a mile from Fistral, Newquay Bay and Tolcarne Beach have gentle and small waves making it’s great for beginners – what could be better than learning the ropes in one of UK’s best surfing destinations? So whether you’ve spent the day riding waves or watching them, our Newquay retreats are all within walking distance from Fistral and the beaches nearby.

No matter what your surfing status, neighbouring beaches Gwithian, Hayle Towan and Godrevy all provide persistent, quality waves suitable for all surfing abilities which gradually become bigger the further towards Godrevy you go. Expect long walling lefts and rights with the possibility of a few barrels thrown in at low tide. Whether you want to learn the basics of surfing or fine-tune your technique Gwithian Academy of Surfing can help you.

Situated in the shadow of the iconic Tate St Ives, Blue Flag awarded, Porthmeor Beach is also on our surfer’s bucket list. Sheltered in southwesterly winds makes it another great location to catch some waves and with our retreats just moments away you will never be far away from all the surfing action.

Further up the North Coast, take to the quiet coastal roads near Port Gaverne and Port Isaac to find Trebarwith Strand and Polzeath beach, both offering deep sheltered north-facing coves; turning stormy south-west swells into classy beach break peaks. We can offer our guests a choice of ten beautiful cottages and apartments in the small hamlet, sleeping from two through to eight.

Over on the south coast, home to one of Cornwall’s most powerful barrelling waves and just a fifteen minute drive from Mounts Bay, Praa Sands provides a heavy wave near high tide, breaking close to the beach ready for our seasoned surfers.

Recognised for its world-class reef breaks, Porthleven beach offers more challenging waves for experienced surfers with the harbour considered one of the best breaks in the UK, it has been the proving ground for many British professionals.

Of course, if you’re less of a seasoned surfer and more of a curious novice, beaches are often home to surf schools and hire companies that will look after you on the water and show you the ropes. A couple of recommendations are Sunset Surf in Gwithian and Cornish Wave in Newquay, but for more suggestions on places to learn and hire check out our blog post on the Top 5 places to test the Cornish waters.

From beach chalets to clifftop apartments, if you’re keen to get in the water during your Cornish holiday then we’ve got plenty of retreats for you to choose from…