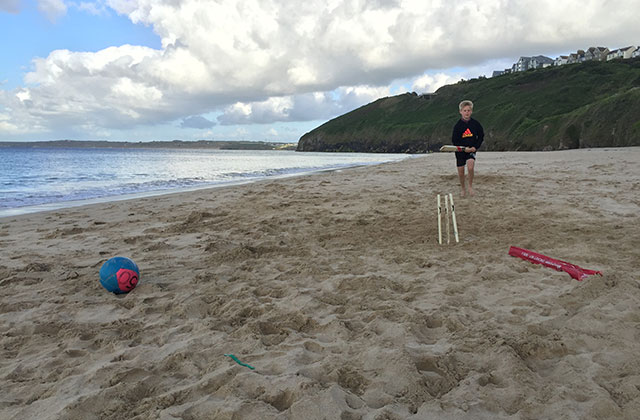 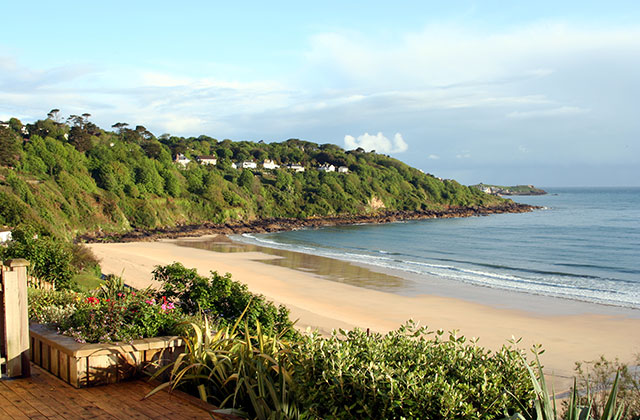 Owned by The Carbis Bay Hotel, this large sandy Blue Flag Beach is surrounded by subtropical splendour, so it’s no wonder that it’s listed as one of the best by the ‘World’s Most Beautiful Bays in the World Organisation’. With mostly calm conditions in its turquoise waters, it’s almost always safe for bathing with the toddlers. Just one mile east of St Ives, Carbis Bay has great facilities for a full day out, including a toilet and a cafe. The Carbis Bay Hotel’s Beach Club Restaurant is also open to non-residents for selected meals and a drink if you fancy it.

Want to explore? Why not take the scenic train route down (Carbis Bay has its own station), then walk the coastpath or across the beach to Porthkidney Sands? Handy tip – take care near Carrick Gladen (a.k.a Hawkes Point) as it’s about the only area on this beautiful beach where waves are sometimes bigger, in fact it’s well known amongst surfers as a place that ‘works’ with big North Westerly swells.

Like most West Cornwall Beaches, dogs aren’t allowed on the beach between 8am and 5am from the Sunday before Easter to the 30th September, but you can give them a walk between 5am and 8am at any point in the year. If you’d like to have the doggy all day, we recommend popping over to Porthkidney Sands, about a mile down the beach.

A bit of history: the beach has been known by various names including Barripper, Porthrepta and Carrack Garden Cove. The beach used to be used by fishermen to launch their boats, and despite its sheltered aspect there have been several shipwrecks at Carbis Bay, three of them in one night in 1893! Look out for the remains of the Cintra at low tide…

Porthkidney Sands is a dog-friendly beach at the mouth of the Hayle Estuary, also facing beautiful Hayle Towans. Stretching from the mouth of the River Hayle in Lelant to Hawke’s Point in Carbis Bay, you’re sure to find a spot hiding in the sand dunes or lying on this mile long, uncrowded sandy haven – be careful though, there are no facilities! As one of Cornwall’s only year-round dog friendly beaches, even the most energetic of dogs will be exhausted – take your dog down at low tide and it’ll be running a mile!

The northern end of the beach is a popular surf spot amongst locals – Hawke’s Point. But you’ll need to time it well as it needs a very big swell to make it worthwhile. Swimming is less advisable, as the unpredictable currents and lack of lifeguards can make it dangerous! If you’re a keen golfer, then this is the beach for you as West Cornwall Golf Club overlooks the beach.

Park at the rear of Lelant Church (well worth a visit), and walk across the golf course to find yourself on Porthkidney.